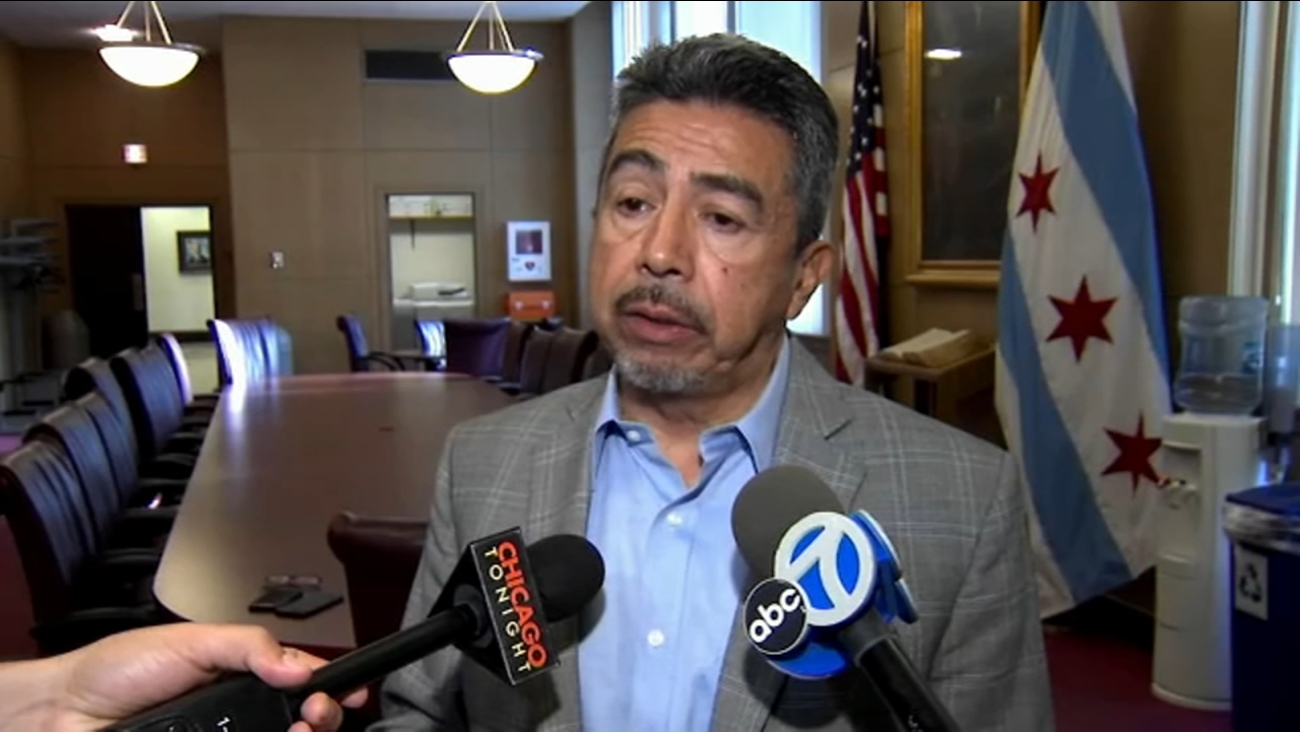 CHICAGO (WLS) -- Alderman Danny Solis has pleaded not guilty to federal bribery charges but now the city of Chicago is looking to intervene in the case claiming it's a victim.

It was Solis' first court appearance since being charged with that single bribery count last Friday. Solis pleaded not guilty as part of a deferred prosecution deal with the feds. His court hearing was done over the phone, under federal court COVID rules that allow it. But now the city is looking to get involved.

Former 25th Ward Alderman Danny Solis may be one of the most important witnesses federal prosecutors have had in their battle against corruption. He helped bring charges against Alderman Ed Burke and former House Speaker Mike Madigan.

Solis has been secretly working with the feds for more than three years, according to a deferred prosecution agreement he signed with them in December 2018. The document was just made public yesterday.

In the deal, Solis admitted to taking $15,000 in corrupt campaign donations in 2015 from developers looking for his help as the chairman of the zoning committee.

"The taxpayers are the ones that are at a loss, not only for having dishonest elected officials or elected officials working on their own behalf as opposed to those of their greater constituents but to taxpayers as a whole," said 32nd Ward Ald. Scott Waguespack, who also serves as finance committee chair.

Before Wednesday's hearing, the city informed federal prosecutors it wants to be heard in this case as a victim.

Mayor Lori Lightfoot said she has directed the law department to file a victims impact statement in the case.

"Because of all of the crimes that have been put on the public record, Solis victimized the residents of his ward and residents in the entire city, all of whom were deprived of the integrity and honesty that should be sacrosanct with all public officials," Lightfoot said in a statement.

Cramer said it also will not impact the deferred prosecution agreement Solis has in which prosecutors will drop the bribery charge if Solis completely and fully cooperates in their investigations.

"I think it frustrates a lot of us who have been fighting against this kind of corruption for many years, and I thought this allows him to evade accountability," Waguespack said.

Prosecutors also revealed that they are looking for the deferred prosecution deal to last for another three years, which legal experts say could be due to the time needed to get ready for trial in complicated cases like the ones Solis is involved with. Or it could signal there are additional corruption cases in the works we don't yet know about.