5,000 low-income Chicago families to receive $500 a month for a year
WLS
By Sarah Schulte 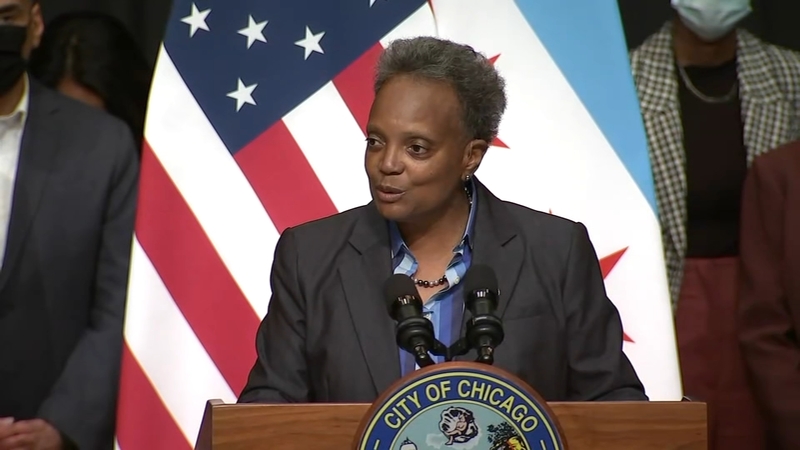 CHICAGO (WLS) -- Chicago City Council quickly passed Mayor Lori Lightfoot's 2022 budget Wednesday by a vote of 35 to 15 thanks to an infusion of money from the federal government.

While she's had some tough battles, Lightfoot's $16.7 billion budget wasn't one of them. With the help of a federal stimulus windfall, the city's 2022 budget passed in record time Wednesday.

"The investments we have in store with this budget reflect our ultimate goals, which is to create a safer more equitable more inclusive Chicago," Lightfoot said.

Over $1.8 billion from the federal government is allowing the city to invest in programs that will help neighborhoods most in need.

"There are so many things that progressives have fought for that have been included in the budget," 35th Ward Ald. Carlos Ramirez-Rosa said.

What's being called "the progressive budget" includes $135 million for Violence Prevention, $202 million for homeless support services, $103 million for health and wellness initiatives, and $144 million for assistance to families. That includes a pot of money that would give about 5,000 low income families impacted by COVID $500 a month for one year.

"This budget has no foresight for the future," 9th Ward Ald. Anthony Beale said. "We are blowing $1.8 billion in one year with federal bailout money. What is going to happen in years to come?"

Aldermen who voted against the budget are not only concerned about the money drying up for all the new programs, but also a property tax hike that is included.

Last year, city council voted to tie the property tax levy to the rate of inflation every year. Lightfoot and her supporters say for a $250, 000 house, taxes will only go up about $37 a year.