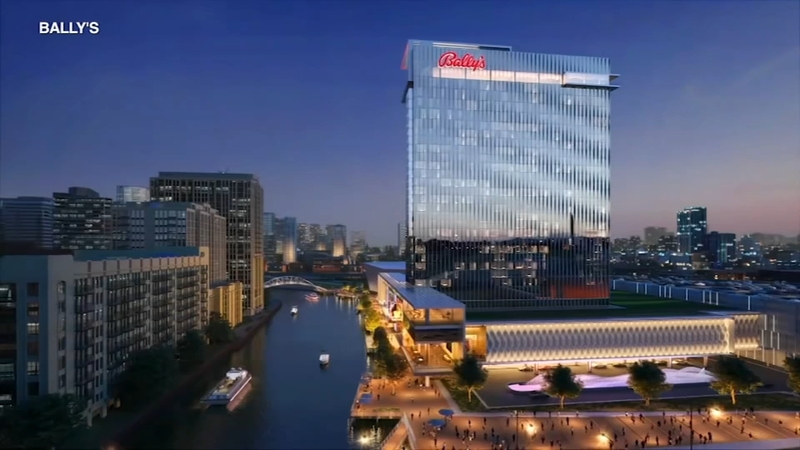 CHICAGO (WLS) -- Bally's plans for a $1.7 billion casino in Chicago are finally a safe bet with the city council.

"I'm grateful that I'm able to stand here representing, I think the fruition of 30 years of effort," Lightfoot said.

Aldermen on both sides made a last-minute push for votes.

"I rise in opposition to this decision today, and urge my colleagues not to make this mistake," 2nd Ward Ald. Brian Hopkins said.

"We don't run on hopes and prayers. We have obligations that we need to meet," 28th Ward Ald. Jason Ervin said.

The casino is projected to eventually bring in $200 million a year to help fund police and fire pensions, with $40 million paid up front. It will also provide 6,000 jobs.

"All those workers will have a chance to earn family-sustaining wages and benefits," 22nd Ward Ald. Michael Rodriguez said. "It means those workers will be able to join a union freely and fairly with no opposition, or retaliation from their employer."

But civil debate devolved at one point into a shouting match between Lightfoot and 25th Ward Ald. Byron Sigcho Lopez.

A political analyst weighed in on criticism of Chicago violence and Mayor Lightfoot's casino discussion response.

"A failed process and then an administration that's more worried about campaign contributions than doing the right thing for the city of Chicago," Sigcho Lopez said.

"I will not sit here silently while you besmirch my reputation and the people that work for me from your pettiness of the things that you're trying to do that exposes this city to liability, sir," Lightfoot said. "You are out of order!"

In the end, the benefits outweighed the concerns, with the city council overwhelmingly approving Bally's proposal 41 votes to 7.

"We asked the city to bet on Bally's and you have and we're honored," Bally's Board Chairman Soo Kim said.