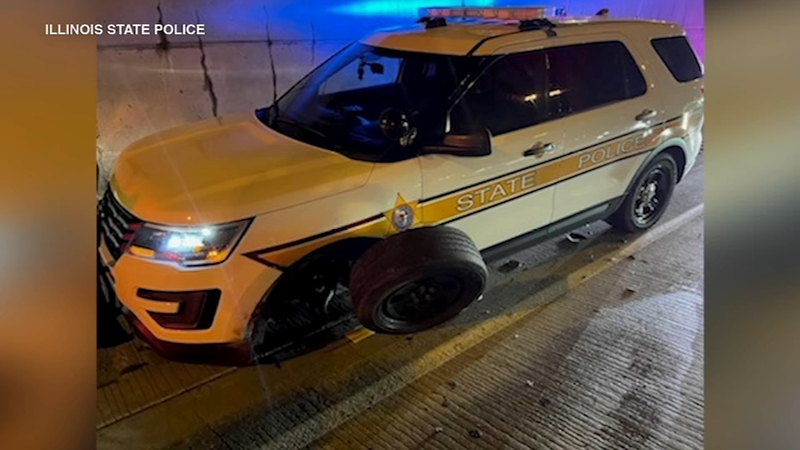 CHICAGO (WLS) -- A woman is charged with DUI and violating Scott's Law after crashing into an Illinois State Trooper near Washington Park on Chicago's South Side.

Illinois State Police said around 11:45 p.m. Friday night the trooper was assisting with a DUI investigation on the northbound Dan Ryan expressway near West Garfield Boulevard, when a black Nissan Sentra sideswiped the front of the squad car, which had its emergency lights on at the time.

Alontae Holliday, 25, of Matteson has been charged with violating Scott's Law, driving under the influence of alcohol, operation of an uninsured motor vehicle, driving too fast for conditions and improper lane usage.

A person who violates Scott's Law commits a business offense and faces a fine of no less than $250 or more than $10,000 for a first offense, ISP said. If the violation results in injury to another person, the violator's driver's license will be suspended for a mandatory period of anywhere between six months and two years.

The trooper was inside the car at the time but is OK.

So far this year, there have been 22 ISP squad cars struck in relation to Scott's Law, and 13 troopers have suffered injuries from Scott's Law-related crashes, state police said.