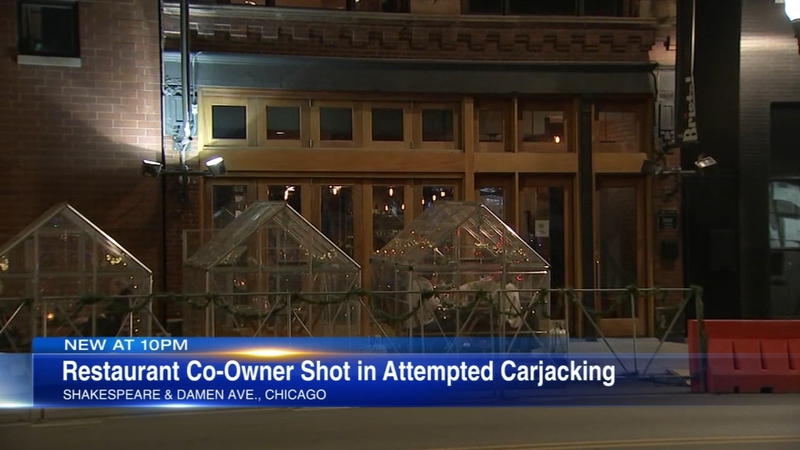 CHICAGO (WLS) -- The co-owner of the Bucktown restaurant The Bristol was shot during a broad daylight attempted carjacking Wednesday afternoon.

Chicago police said shortly after noon in the 2000-block of West Shakespeare, a 49-year-old man was approached by two men who demanded his car.

At least one of those men pulled out a gun and shot, striking the man in the leg, police said. He was taken to Illinois Masonic Hospital for treatment; police said he was reported to be in good condition.

The restaurant's other co-owner confirmed it was his business partner who had been shot, and said the thieves also stole his phone.