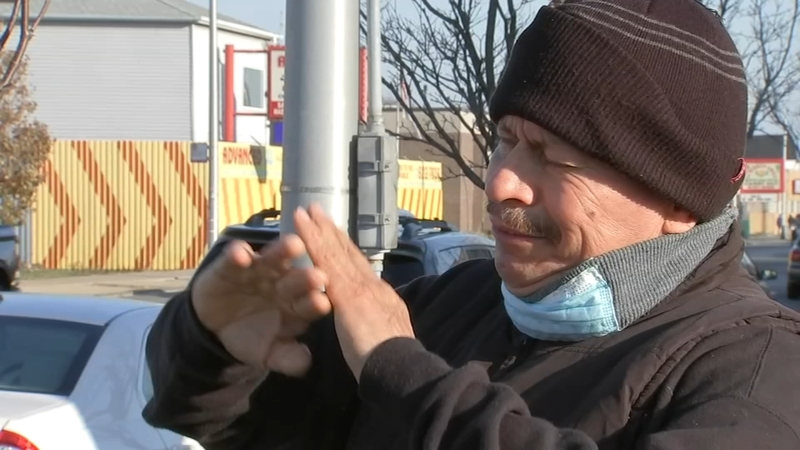 CHICAGO (WLS) -- Gonzalo Garcia, a well-known street food vendor in Belmont Cragin, has been unable to work after being attacked and beaten by a group of teens last week.

The 58-year-old's hands are bruised, and he has a fractured eye socket. He was jumped and beaten by the teens while selling corn by the bus stop at Grand and Laramie on Dec. 2.

Garcia told ABC7 he "only felt the punches" since he covered his face to stop his attackers from causing more serious injuries. By the time he got back on his feet, as seen in cell phone video, he was bleeding and had been robbed of $270.

"I have family in Mexico," he told ABC7 in Spanish. "My wife and three children. I send them as much as I can, but I'm afraid to come back out on the streets. I've already been robbed three times."

"As soon as I saw it, I was very upset about what happened," said Brenda Correa.

Correa, a 16-year-old junior at Speer Academy, said she would see Garcia every day on her walk from the bus stop to school. When she found out what happened, Correa immediately came to his aid, starting a fundraiser with the help of a local community organization to help his family out until he can get back to work.

"I have a lot of family who comes from Mexico. They came here with nothing. They literally came here without a dollar, without knowing the language, without any family members, and I just identified with him," she said. "His money was stolen. It's really cold outside. He's out here trying to make a living. So I just knew I had to do something."