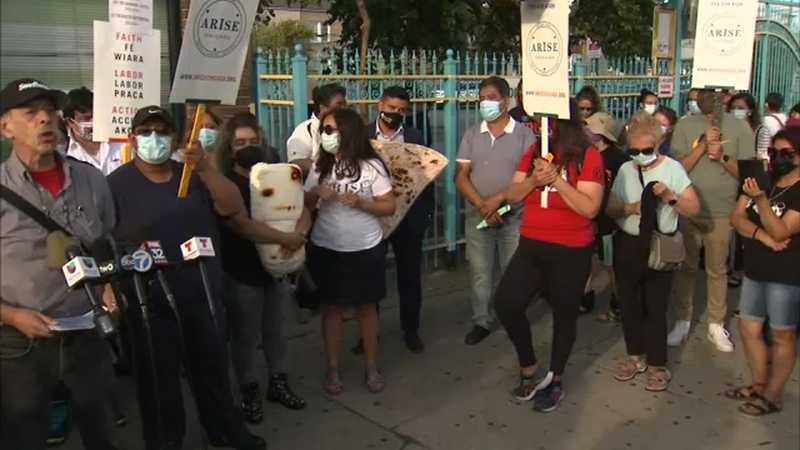 The city's office of labor standards and the Illinois Department of Labor said they have received several complaints.

Workers in Little Village walked off the job last month, and accuse the company of unfair and unsafe work practices.

"They're not machines, they're people that are simply asking for good wages, good benefits and to be treated with dignity and respect," said one worker.

Workers said they were locked out of the company and couldn't go back inside for their belongings after they staged the walkout.

"Here at the Milagro plant, five people died from this deadly pandemic. They suffered for us, they died for us so that we can eat," said Alderman Michael Rodriguez, 22nd Ward said in September. "The least of which we can do is stand with them and fight for their rights."