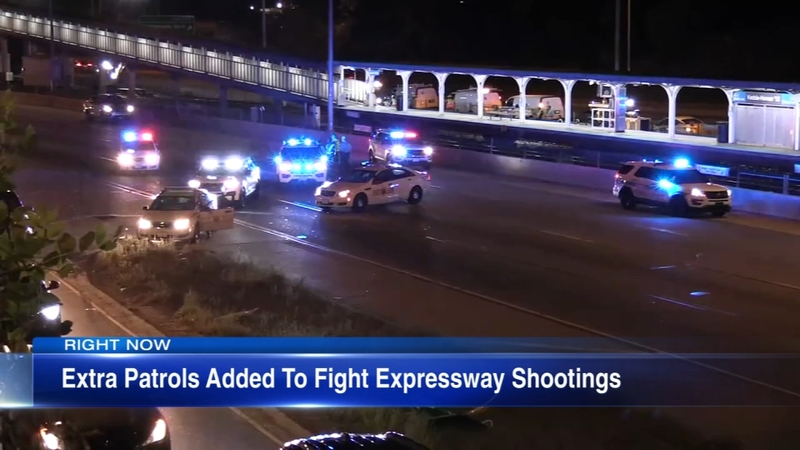 This Safe Drive Detail will move troopers from other parts of the state to the Chicago district in hopes of blunting the violence. State police said already this year there have been at least 185 expressway shootings in the Chicagoland Cook County area, more than double the number over the same stretch last year, when there were 83 shootings.

"For more than 30 years, patrol of Chicago area expressways has been a unique duty of this agency and in that time, we have not previously confronted the concentrated levels of gun violence we have faced in 2020 and 2021," said ISP Director Brendan F. Kelly. "We are a statewide agency with statewide missions and responsibilities, but we must dedicate the greatest resources to the greatest need, and right now the greatest need is here, on Chicago's expressways."

The patrols will be increased in the evening and overnight hours.

In each of the last two days, someone has been shot on the Eisenhower Expressway.

"It has just gotten out of hand. It seems every week you hear about it," said Brian Hamm, motorist.

A man heading home from the Blackhawks game was shot in the neck on the outbound Eisenhower Expressway after his adult son said someone opened fire on them after first cutting them off near Homan Avenue.

The victim survived and is recovering at a local hospital. Only a few hours later, there was a shooting on the Bishop Ford, but no one was injured.