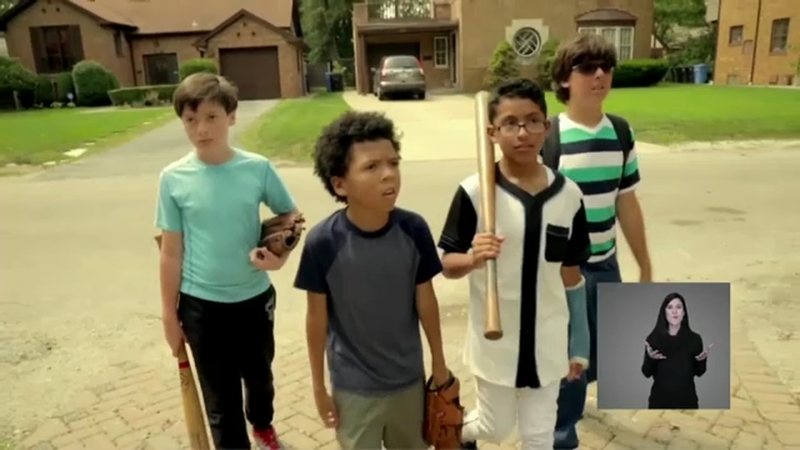 CHICAGO (WLS) -- A Chicago filmmaker is launching a children's comedy web series based around inclusion.

Jil Ross said she used inspiration from her childhood and her kids to make the series called "Chi-nanigans."

"I have so many stories inside of me that I want to bring to life," Ross said.

The series follows tween siblings and their group of friends through the shenanigans they find themselves in growing up in Chicago.

The filmmaker said she thought "that it would be fun" to make the series about the city she calls home.

Ross left a more than 30-year career at United Airlines to attend the Harold Ramis Film School at Second City and pursue her passion.

"I have not looked back," she said.

Ross knew she wanted a diverse cast for the web series, but she also wanted the story line itself to be inclusive. All of the episodes in the series will include American Sign Language.

"I just knew that there was a need for that. I have a cousin who was born deaf," Ross said. "I knew if an opportunity ever presented itself for me to create something I was going to make it inclusive."

The filmmaker said she worked with a sign interpreter throughout the creative process.

A free screening will be held at the Kennedy King College Black Box Theater on Saturday.