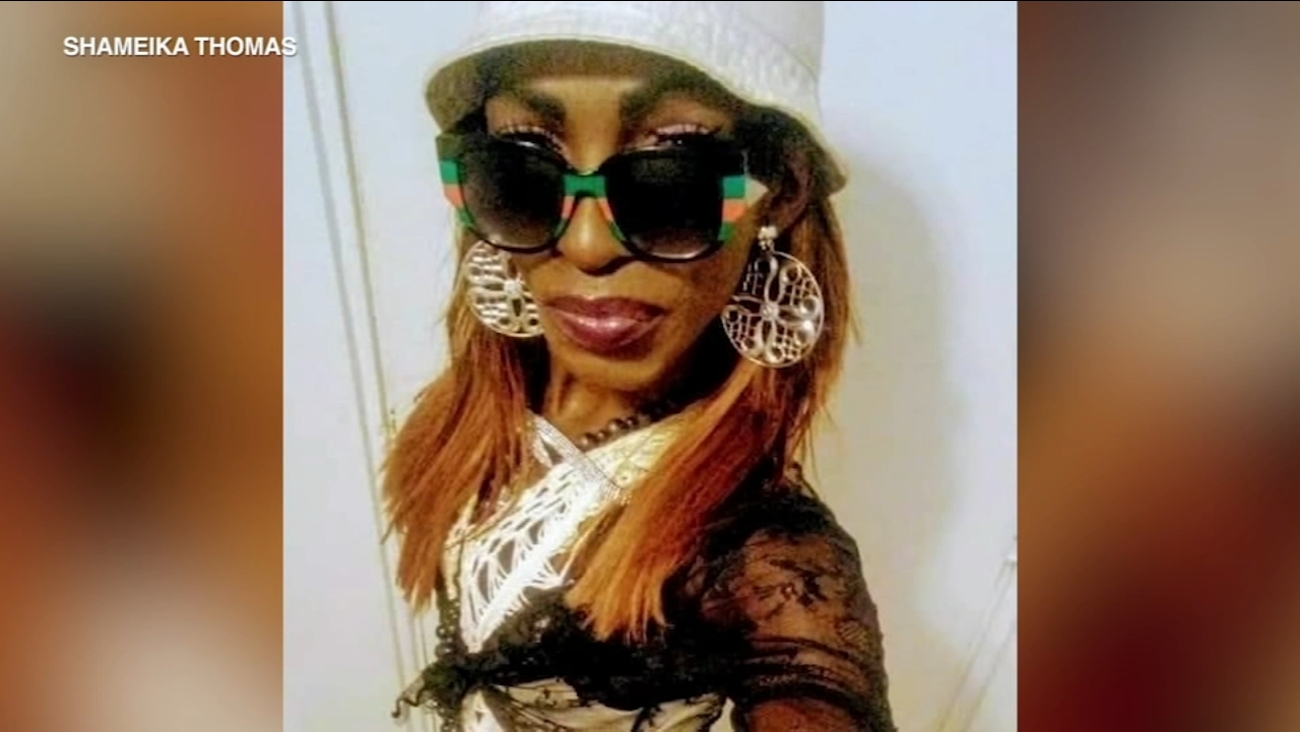 Five days after she was reported missing, Tatiana Labelle was found beaten to death and stuffed into a trash can in East Chatham.

CHICAGO (WLS) -- A transgender woman's body was found stuffed in a garbage bin in East Chatham five days after her family reported her missing.

"It is heartbreaking for someone to beat her to death and throw her in the trash like she was garbage," said her sister Shameika Thomas.

Family identified her as Tatiana Labelle.

"I loved my sister whether she was transgender or not, and I would like for me and my family to have justice," Thomas said.

Investigators say the 33-year-old was beaten to death and her body was found Friday afternoon in an alley on South Ingleside Avenue near 84th Street. She had been reported missing five days before.

"Once the garbage people pulled it up and the garbage flipped over, and everything fell out," said a neighbor, who did not want to be identified.

"I automatically knew then, too, that it was dropped over here. The incident didn't happen right here. It didn't. It couldn't have," the neighbor said.

Labelle's murder adds to a growing list of trans people killed in the U.S. According to the Human Rights Campaign, a record setting 47 transgender people were killed in 2021. Five of them were in Chicago, making up 11% of cases.

"Tatiana, Tee-Tee, will be the seventh confirmed reported trans person that was murdered this year," said Iggy Ladden, director of the Chicago Therapy Collective.

Ladden said the number is likely to be much higher because the crimes are severely underreported.

People who live near the scene are stepping up community-led patrols so that women in those areas on the South Side can feel safe.

"The way in which she was brutally murdered, it's so heinous that there is no way we can reactively just say something. We have to become more proactive," said Dr. LaShawn Littrice, Black Women of Faith.