Malcolm London, who was arrested Sunday night during a scuffle with police officers, walked out of a South Side police station in a torn sweatshirt, uncharged.

CHICAGO (WLS) -- Chicago's police superintendent and the mayor responded Monday to the weekend violence and looting across the city sparked by the police-involved death of George Floyd. They denied that officers left Chicago's South and West sides unprotected.

Mayor Lightfoot and Chicago Police Supt. David Brown admit they were overwhelmed by the number of calls for service, but they vigorously denied there was preferential treatment given to protect downtown at the expense of other parts of the city.

"We didn't stand by and let the South and West sides burn as unfortunately some people are propagating," Lightfoot said. "It's just simply not true."

Mayor Lightfoot was on the defensive about the city's handling of the weekend chaos that spread into the neighborhoods after demonstrators were cut off from access to downtown.

"The police department was responding to these calls as best they could with a significant amount of additional resources on the South and the West Sides. The challenge was, it was everywhere," she added.

The mayor said that even with triple the number of officers, it still would not have been enough to handle all the calls about looting and destruction of property, which she called "heart wrenching."

Supt. Brown said those committing acts of destruction strategically tried to bait officers to respond to looting in one area, leaving their true target unprotected - one of which was Chicago police headquarters.

David Brown praised those peacefully protesting what happened to George Floyd, but had strong words for those who used Floyd's death as an excuse to commit criminal acts.

"To the rioters and looters: you disgraced the name of Mr. Floyd by your actions," Supt. Brown said. "Hate can never drive out hate."

A number of aldermen have called for a nearly ten-fold increase in the size of the National Guard contingent. Gov. Pritzker said 375 members were activated this weekend, but Supt. Brown said that would not be a good move because they are not trained in community policing.

"We are strategically using National Guard. We have an adequate number. Our officers - our Chicago police officers - are best suited to patrol our neighborhoods," Supt. Brown said.

Supt. Brown said the National Guard is being deployed to block intersections and control perimeters.

Mayor Lightfoot has tasked city workers to assist in rebuilding efforts after looting and violence across the city in wake of protests over the death of George Floyd in Minneapolis.

Mayor Lightfoot announced that the city would be deploying personnel from the Department of Streets and Sanitation, Water Department, Department of Transportation, Business Affairs and Consumer Protection into neighborhoods on the South and West sides to assess damage and assist small businesses to start rebuilding neighborhood commercial corridors.

"We will rebuild and the city of Chicago government will lead those rebuilding efforts," Mayor Lightfoot said. "We are not going to leave our neighborhoods behind. That will not happen on my watch."

Mayor Lightfoot also urged residents to not take matters into their own hands to stop looters and to call police and let them handle it.

On Monday morning, looting continued in Wicker Park. Dozens of people were seen in the area of a Foot Locker near Milwaukee and Ashland avenues that was mostly boarded up. One person was seen with a trash can full of merchandise taken from the store.

Further west in Wicker Park, the windows were smashed at Garfield's liquor store.

A man named Robert Henderson said the looting is not his way of expressing things, but he still thinks what happened Is justifiable.

"You know what that does? It makes them think, 'Huh, maybe I should pay attention to what's going on here because these are the people that I walk past everyday and I've been walking in glass and maybe I should start worrying a little less about this and a little more about the man who got murdered on tape."

Now, Chicagoans taking it upon themselves to clean up, some not sure of the right answer.

"I've been very lucky in my entire life," said resident Michael Mertz. "I am not in the same position. I don't know what I would do if I was in a position."

Even as Mertz cleaned, more looters were showing up.

Monday afternoon, looters also hit a Dollar Tree store near 72nd Street and Stony Island Avenue. Nearby at large numbers of police officers were lined up near Jeffery Plaza.

The unrest comes after more protests demanding justice for George Floyd, a black man who died after a white Minneapolis officer pressed a knee into his neck.

In response to the protests, the city has shut down traffic into downtown to everyone but local residents and those who work downtown.

In addition, CPS grab-and-go meal sites are closed Monday but scheduled meal delivery will continue. Families interested in signing up can contact the district at 773-553-KIDS.

Crowds of protesters marched through Hyde Park and River North Sunday evening, following rallies earlier at the Chicago Police Department headquarters and through Bronzeville. Organizers say they want a change in policing in Chicago and across the country.

Police have clashed with several groups of protesters around the city. In River North, officers used batons to beat demonstrators. In Chicago's Old Town, a standoff between protesters and police ensued for hours.

St. Sabina Pator Fr. Michael Pleger has released a statement saying, "Yesterday, I was angry and hurt as I watched the Walgreens on 79th and Racine emptied out in from of my eyes. I remembered how we fought for years to bring that Walgreens into the community and now wondered about its future. Then, last night I watched a piece on CNN showing all the deaths of black men over the last few years and nothing was done, and spoke with my friend Spike Lee and was reminded how and why all this started.

"What took place in Chicago and around the nation the last 3 days didn't begin in a vacuum, but was birthed in the refusal of a nation to take responsibility for the consistent murdering of black men and boys. Colin Kaepernick tried to tell America in a peaceful manner to stop it and change, but she demonized him and ignored him.

"While all the focus was on broken glass and looting, 24 people were killed and 66 wounded in Chicago this weekend, the most deadly weekend this year. This past weekend said to America the killing of black men will no longer be ignored, is she ready to listen?"

Both Chicago police and the Mayor Lori Lightfoot have said the looting is separate from the demonstrations over the death of George Floyd.

Officer who knelt on George Floyd's back sentenced to 3.5 years 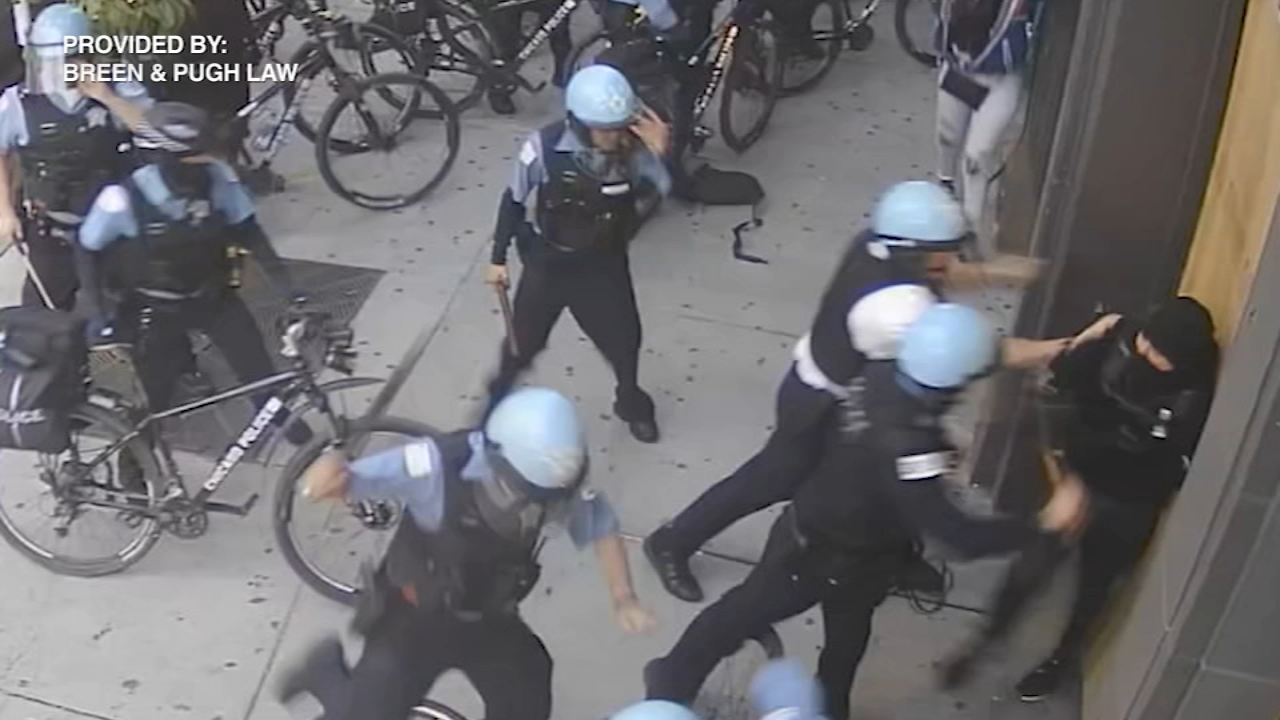 12 CPD officers get suspension notices for 2020 melee with protesters