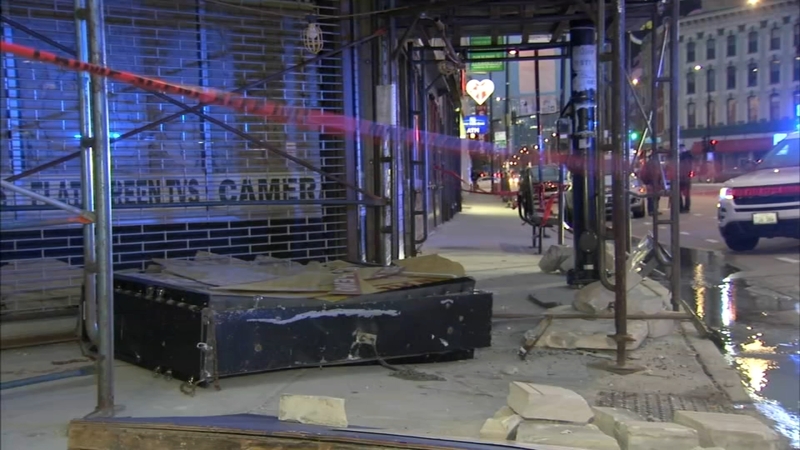 CHICAGO (WLS) -- Chicago officials said a woman was critically injured when she was struck by a piece of a building that fell on her in Wicker Park.

Chicago police said at about 6 p.m. in the 1200-block of North Milwaukee Avenue, at the intersection of North Ashland Avenue, a 22-year-old woman was struck by falling debris from a nearby commercial building.

Police said she suffered a laceration to her head and was taken to Stroger Hospital in critical condition.

Video from the scene shows that pieces of the building's facade and a sign had fallen to the sidewalk.

Police said a vehicle driving on Milwaukee was also struck by the falling debris. The driver was not injured, according to CPD.

Neighbors said they noticed part of the building eroding days before this incident. Building inspectors and investigators are now tasked with looking into the structure of the commercial building.

"It was pretty scary to hear that somebody just got injured by that," said Mike Serafin, neighbor. "You know, they put up the scaffolding up over there, and you thought that would have been enough to, like, protect bystanders."

Serafin walks by the intersection regularly and noticed something off about the building in the past few days.

"Like four or five days ago, the facade of the building started eroding from the north side," he said. "I noticed that the sign, which was basically just bolted only into the facade itself, so as it was eroding it's a matter of time before it's gonna come down."