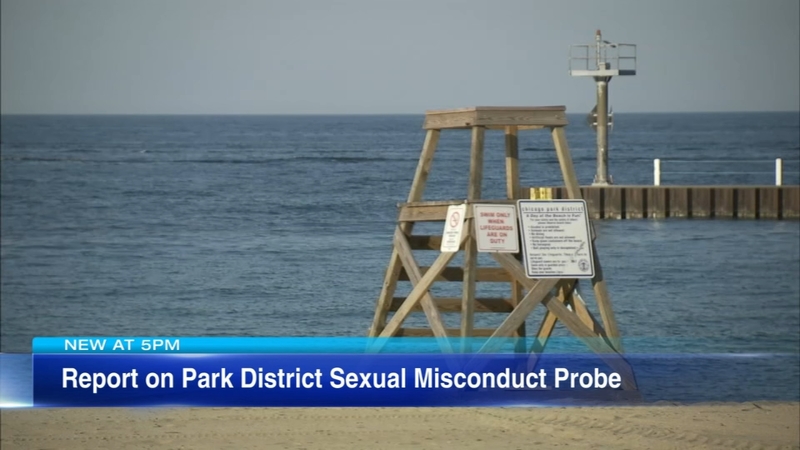 CHICAGO (WLS) -- Another devastating report found the Chicago Park District managers did not take timely action on reports of sexual misconduct, bullying and harassment by victims.

The report from the Arnold & Porter law firm details serious allegations that former park district head Mike Kelly and his management team failed to forward complaints from at least two of the lifeguards who detailed their concerns to management two years ago. Eventually they did, months later at the beginning of the pandemic.

But those complaints, which included drinking on the job by supervisors and a code of silence that prevented people from speaking out or taking action, got bogged down or, worse, ignored by an investigatory regime ill equipped to handle them.

Avis LaVelle, president of the park district's board of commissioners, claimed she had no idea how rotten the culture was under her.

"I don't think any commissioner, anybody that has ever sat on that seat or on the board, had any idea of what was going on," she said.