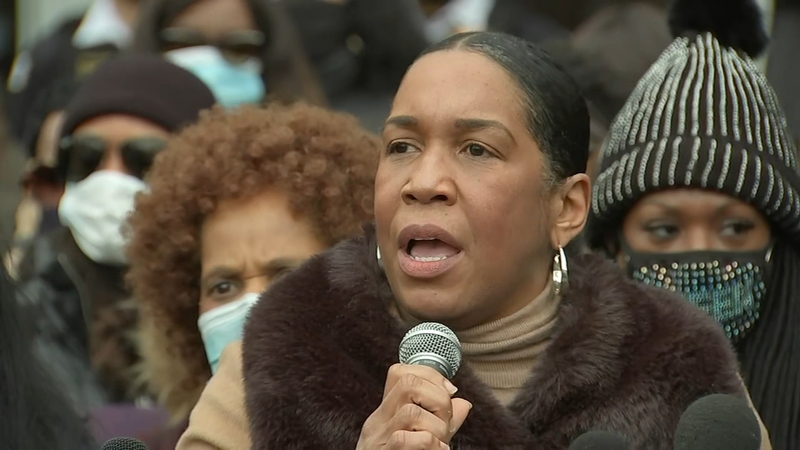 CHICAGO (WLS) -- Demonstrators Sunday in Chicago called for police reform and showed support for Anjanette Young, the woman whose home was mistakenly raided by Chicago police who had the wrong address last year.

"And I speak for myself today in support of an incredibly courageous woman, Miss Anjanette Young," Stratton said. "A woman who endured the horror of 12 officers storming into her home as she stood naked."

Chicago police declined to comment further on the matter Sunday, citing the fact that the incident is under investigation by the Civilian Office of Police Accountability.

The woman wrongly targeted in a Chicago Police raid sat down with ABC News and recounted the terror she felt that night.

Also on Sunday, an attorney for Young said he sent a letter on her behalf to Lightfoot, CPD Superintendent David Brown and several members of the City Council.

In the letter, she invited them to a meeting at her church on Wednesday.