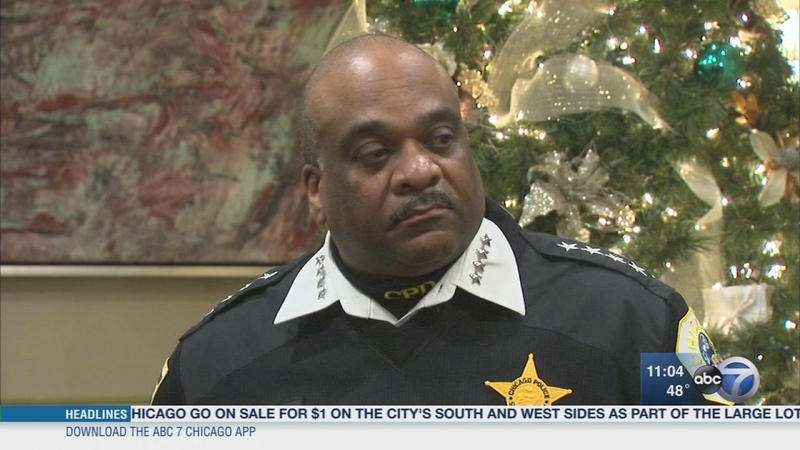 CHICAGO (WLS) -- Chicago Police Superintendent Eddie Johnson wants to make changes within the department regarding use of force, and he's asking for the public's help.

Supt. Johnson addressed members of the public affairs committee at the Union League Club of Chicago Tuesday morning, where he presented the newly-revised draft of the use of force policy. The event comes as four police shootings took place over the course of 9 days.

"So in being transparent and looking at reform for CPD, this is just part of it," Johnson said.

In one of the latest shootings, a CPD sergeant fatally shot 19-year-old Kajuan Raye last week in West Englewood. The sergeant claimed he saw Raye carrying a gun, but a weapon was never found. He was pulled off the street and stripped of his police powers.

Word came today that that sergeant has been involved in a deadly shooting before while off duty. Supt. Johnson said little about the case.

"I just think each case should stand on its own merits, and again, I will wait until IPRA does its thorough investigation and we'll go from there," Johnson said.

Now, the family is suing. Kajuan Raye's family announced Tuesday they plan to take their case to federal court and release the identity of the officer involved.

These latest cases are forcing CPD to take a hard look at its use of force" policy and drafting a new one. In it, there are changes encouraging the de-escalation of use of force, and an expansion of what that means. In this draft, a chokehold would be considered deadly use of force, as would using a hard object. Officers would no longer be allowed to fire into a crowd, buildings, windows, doors, or other openings.
The big changes are being proposed amid an ongoing gun violence problem in Chicago.