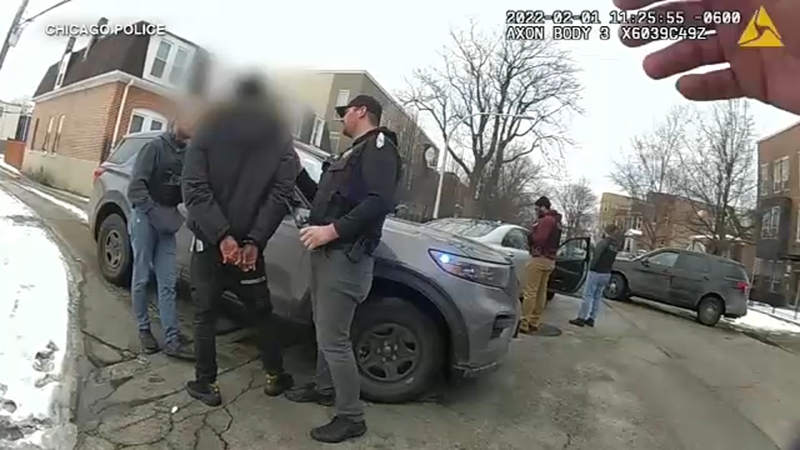 CHICAGO (WLS) -- An investigation by the Chicago's Office of Inspector General is ongoing regarding the CPD chief of internal affairs.

Chicago police body camera video obtained by ABC7 under the Freedom of Information Act shows the result of a traffic stop on February 1 at 11:25 a.m. at in the 500-block of North Saint Louis Avenue in the city's East Garfield Park neighborhood.

A man was arrested on a drug charge and a woman - whose image CPD blurred - is heard interacting with the officers.

"My auntie is a police officer. This is her car," the woman is heard saying to police.

Among the things she said, she tells officers that her aunt is an officer and may be their boss, and that the silver Lexus belongs to her aunt.

Officers ask the woman to get her belongings from the car and tell her that their interaction was being recorded.

Officer: "Can you take these?"
Woman: "No, I need my auntie to come. My auntie is a police officer. This is her car."
Officer: "Ok, now you playin us."
Woman: "What? How am I playin... Nah, don't touch me. Don't put your hands on me."
Officer: "We gave you every opportunity."

According to documents ABC7 obtained from the Civilian Office of Police Accountability, the car belongs to Chief Yolanda Talley and her niece was driving the car at the time of the stop.

CPD confirmed Talley remains as the chief of internal affairs and the case was referred to the office of the inspector general to investigate any potential misconduct.