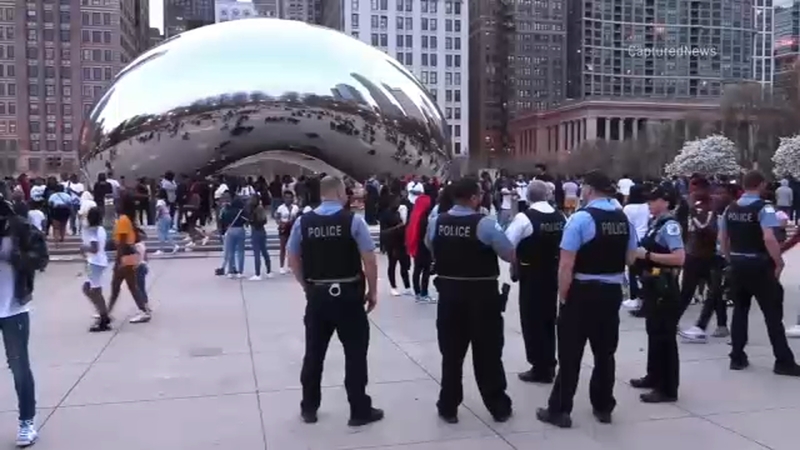 CHICAGO (WLS) -- Ten people were arrested Saturday night in the Loop after a large group was seen gathering near Millennium Park.

One handgun and one replica firearm were recovered, according to CPD.

A Chicago Fire Department spokesperson said one juvenile was taken to a local hospital after suffering from lacerations.

"The central business district is safe-individual incidents that have received extensive media coverage do not represent an average night or day in downtown Chicago," said Michael Edwards, president and CEO of the Chicago Loop Alliance.

Neither CPD nor CFD provided any identifying information about those involved.