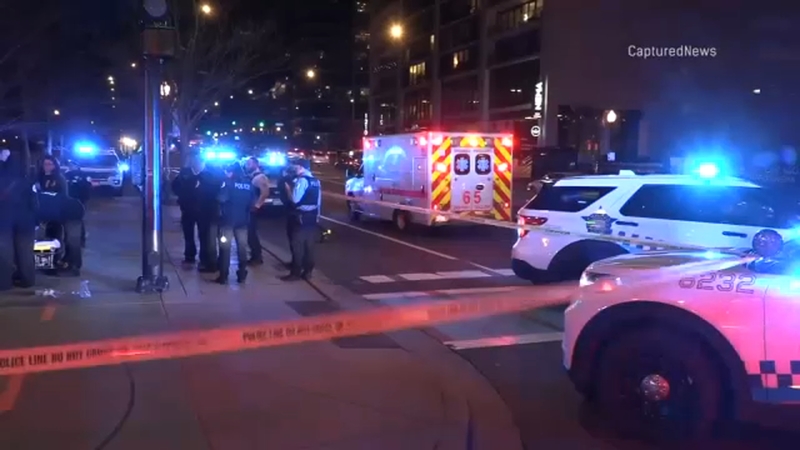 CHICAGO (WLS) -- A Chicago Police officer is in the hospital after being struck by a vehicle near Grant Park Saturday night.

Officers identified a stolen gray Saturn sedan around 9 p.m. and attempted to conduct a traffic stop, according to police.

The vehicle fled but came to a stop due to traffic, police said. That's when officers nearby exited their vehicle and began approaching on foot.

The unidentified driver then drove up on the curb and struck the officer in the 1200 block of South Michigan Avenue in South Loop, police said.

The officer sustained an injury to his leg and was transported to the hospital in serious but stable condition, officials said.