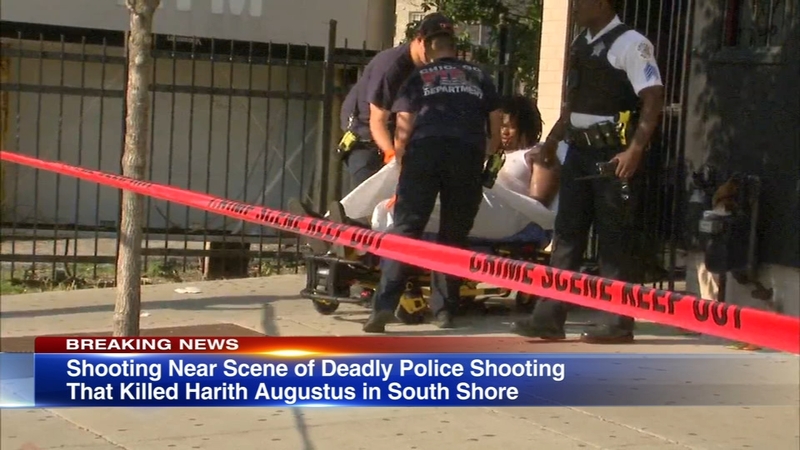 A 40-year-old woman and a man were shot and wounded. Police said the man was 32 year old, but the victim's uncle said he was 22.

The Monday shootings happened as protests were happening near 71st and Chappel at the location where Augustus was shot Saturday evening by Chicago police.

Protesters, along with police and journalists, were nearby as shots rang out Monday evening.

The shootings happened at about 5:15 p.m. in the 2000-block of East 70th Street. The woman sustained a wound to the forearm and the man was shot in the thigh.

Augustus was shot Saturday when approached by Chicago police who suspected he had a gun. The shooting sparked violent clashes with police and led to the unprecedented release of the police body cam video less than 24 hours later.