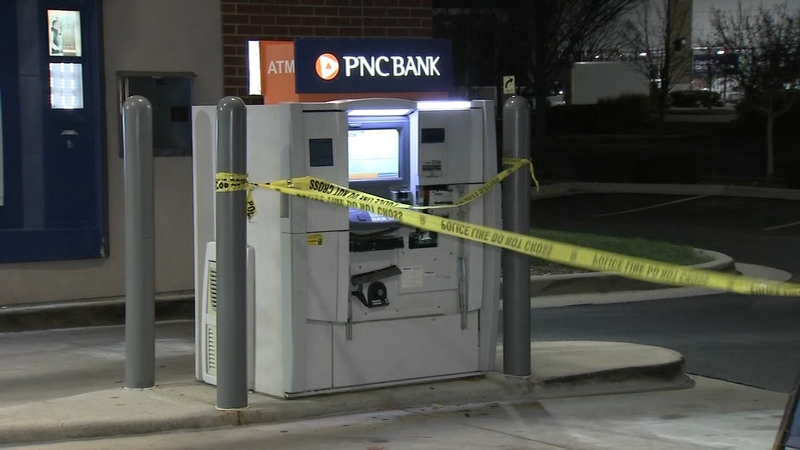 CHICAGO (WLS) -- At least five ATMs were damaged when thieves tried to steal or break into them early Monday morning in the city and northern suburbs.

Chicago police responded to East Lakeview Food and Liquor in the 3800-block of North Clark Street about 2:15 a.m. and found one of the front windows of the business had been shattered by a large rock. An ATM was taken and cash was stolen from the register, police said. There is no one in custody. Area Three detectives are investigating.

Minutes later, Chicago police responded to the 4100-block of West Peterson Avenue in Sauganash and found an ATM was dragged to the parking lot where it was left damaged but unopened. There is no one in custody and Area Five detectives are investigating.

Skokie police responded to the 3600-block of Touhy Avenue about 3:30 a.m. to find an ATM partially pried off, and about 30 minutes later Skokie police spotted suspects trying to break into an ATM in the 5200-block of Dempster Street. The suspects, in a blue Dodge and gray Durango, sped off toward the Edens Expressway, police said.

In Lincolnwood at about 3:30 a.m., police went to the CIBC bank and found an ATM there had been partially pried open.

It was not immediately clear if the incidents were connected.