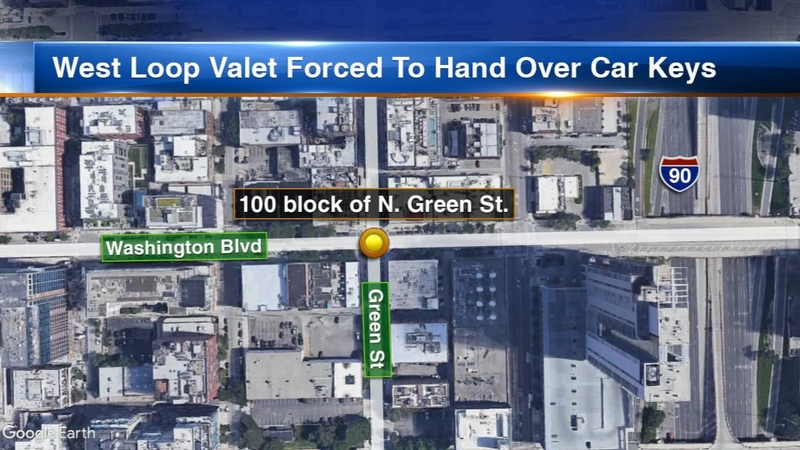 CHICAGO (WLS) -- Chicago police are investigating after a valet driver was robbed Wednesday night in the West Loop, resulting into two vehicles being stolen.

The 21-year-old driver had just parked vehicles at a business in the 100-block of North Green Street when two unknown male suspects approached him with a gun and demanded all the keys to the parked vehicles, CPD said.

The man handed over the keys to a 2021 black Trackhawk and 2017 black Porsche, and the suspects fled north on Green Street.

There were no reported injuries, and no one was in custody as of Friday morning.