WLS
By Will Jones and Ross Weidner, Jonathan Fagg and Adriana Aguilar 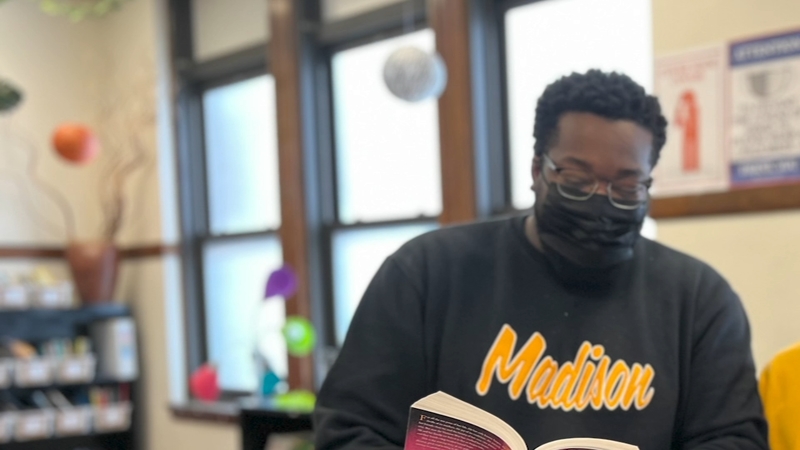 CHICAGO (WLS) -- If you are a student of color in Illinois there's a good chance your teacher does not look like you. And when it comes to achievement, representation matters.

"They just have a heavier influence being around people that looks like you," said Deshon Johnson, Butler College Prep senior, the school is located on Chicago's South Side.

There is growing research on the positive impact that Black teachers have on Black students' classroom behavior and academic performance.

But according to state education data analyzed by the ABC7 Data Team, in Illinois 16 percent of public school teachers were either Black, Hispanic, or Asian. Yet those groups accounted for 49 percent of the student population in the state.

"We need our students to have role models. We need opportunities for them to see themselves represented in the classroom," said Carolyn Theard-Griggs, Chicago State University College of Education Dean.

However, keeping Black educators has not been easy.

Black teachers have the lowest retention rate of any racial group in the state, with 81 percent staying in their schools compared to 87 percent overall.

"If we don't get the issue fixed now, it could lead to a generation of students who won't have the same academic success that students in my classroom and other classrooms are getting," said Devin Evans, Butler College Prep 12th grade teacher.

Evans also heads the Black Male Educators Alliance of Illinois. He knows firsthand why teachers, especially those who are Black, are leaving the profession.

"This is hard work and heart work. And if you are in a school that does not support you as a Black teacher, it's going to be difficult to maintain yourself in that space," he said.

To better support Black teachers, Chicago area districts said recruitment is key. But they're competing for a limited number of Black educators entering their profession, and Black male teachers are harder to find, they said.

"It's an extreme challenge for us and we know for all of our other districts within the state," said Louis Lee, Indian Prairie School District 204 assistant superintendent human resources.

Illinois's largest school system, Chicago Public Schools, is keeping its Black teachers at a rate of 80 percent. That's on par with the retention rate for all school districts combined for Black teachers.

CPS officials said they're developing their own pipeline of future teachers. The Teach Chicago Tomorrow program helps put CPS graduates on a pathway to the classroom. The other is a paid teacher residency program, targeting people looking for a career change.

"I saw that through coaching and mentoring, I was having a positive effect on my students," he said. "So I thought, how could I reach more students?"

"College is expensive and if you talk to any of our students in the Call Me MISTER program, they will you tell you that was one of the draws, that they get a four year scholarship and they don't have to graduate with debt," Theard-Griggs said.

"The pay doesn't discourage me into wanting to do something that I have always wanted to do," he said. "I am still going to be the teacher that wears the cape in the classroom."

Evans teaches a course on urban education at Butler College Prep. He said some of his students are planning to follow in his footsteps.