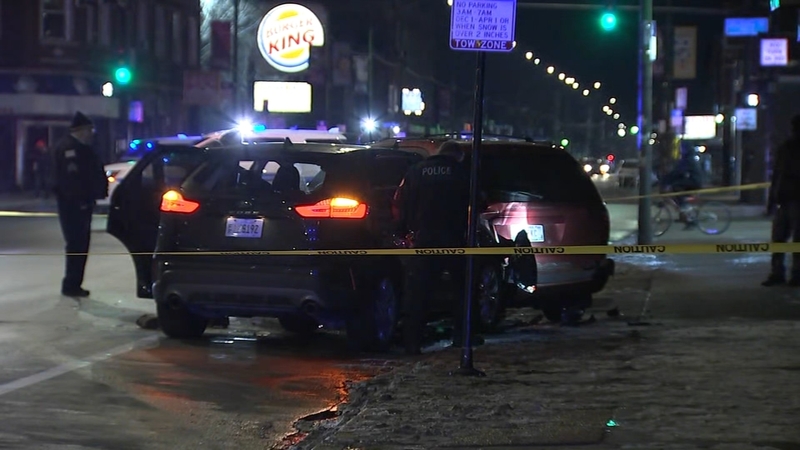 CHICAGO (WLS) -- A shooting and crash on Chicago's South Side critically injured a man Thursday night.

Police said at about 7:20 p.m. a 26-year-old man and his 3-year-old daughter were in a car when they pulled up alongside another vehicle and someone inside of it pulled a gun and fired shots at them.

The man was shot in the face. His car then crashed into a parked car in the 300-block of East 79th Street.

The man was shot in the face and taken to University of Chicago Hospital in critical condition. The child was not hurt. Police said she was covered in her father's blood.