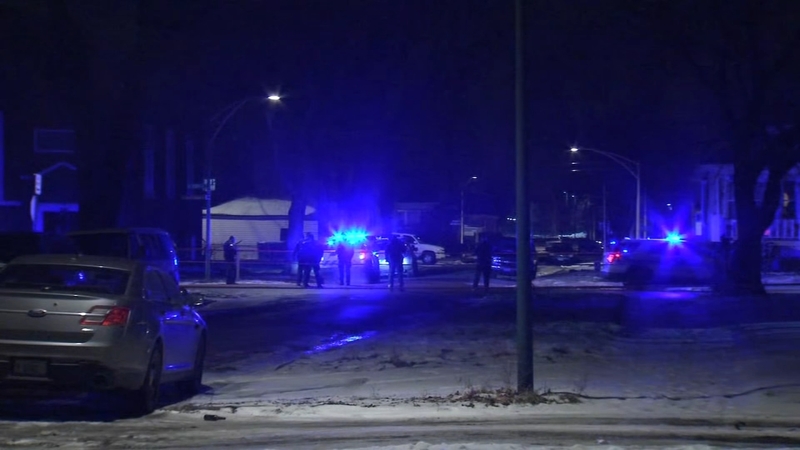 One happened on the West Side and the other on the South Side.

Police have not arrested anyone in either of the shootings. Both teens were standing outside when they were shot.

One of those shootings took place near the 1400-block of West 73rd Street in Englewood around 8:30 p.m.

The 14-year-old was standing on the sidewalk when police said someone in a dark-colored sedan fired shots.

SEE MORE: Chicago shooting on Near West Side kills boy, 14

Police said the victim was shot in the head and taken to Comer Children's Hospital.

He died just before 11:40 p.m. at the University of Chicago Medical Center.

The Cook County Medical Examiner's Office identified him as James Sweezer Thursday morning.
It was a similar story around 4 p.m. Wednesday afternoon near the 2200-block of West Adams Street on the Near West Side.

Police said 14-year-old Javion Ivy was on the street when he was shot in the abdomen by an unknown suspect.

Ivy was taken to Stroger Hospital, where he died from his injuries.

"This is why we have to remain vigilant about getting guns off of our streets and keeping them out of the hands of violent criminals," he said. "I think about those two young boys, and I think about their potential. They are two of Chicago's children robbed of their futures, and it is unacceptable."

The Chicago police superintendent gave an update Thursday after two teens were shot and killed.

He sent his condolences to the families of the boys killed and said this type of violence stops by removing guns from the streets.

Brown said his officers have already recovered an overwhelming number of guns to start the year -- 284 to be exact, within the first 13 days of 2022.