Bond denied for man charged in Chinatown murder; prosecutors have 'no clue' why he opened fire 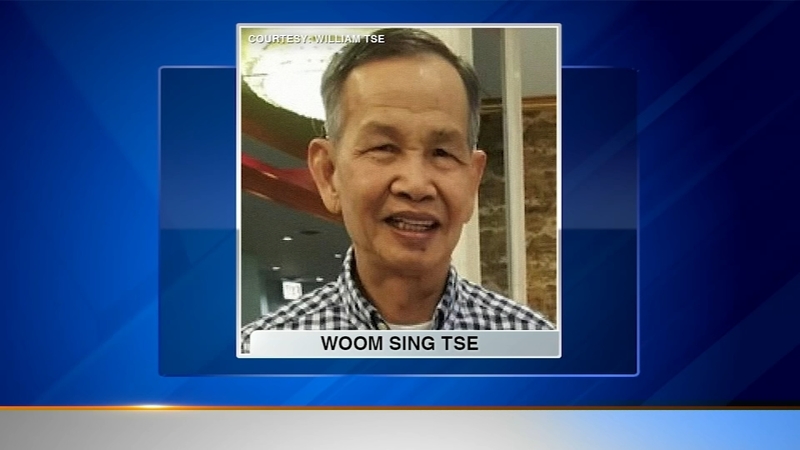 CHICAGO (WLS) -- A man accused of gunning down a 71-year-old grandfather in Chinatown appeared in court Thursday as prosecutors said they had no clue why he opened fire, other than "sometimes people just do evil things."

"That's what happened here," Assistant State's Attorney James Murphy said during a bond hearing. "Judge, I can't give you a motive."

Ahmad said the "overwhelming" amount of evidence described an "execution" and she denied bail for the 23-year-old Joyner.

Chicago Police Superintendent David Brown announced Wednesday that Joyner has been charged with first-degree murder in the death.

Police said 71-year-old Tse was targeted and shot multiple times near the intersection of 23rd Place and Princeton Avenue, steps away from the school while classes were in session. He was taking a walk to get a newspaper.

"Mr. Tse built a home and provided for his family. He was a father, husband and grandfather. A man of the community. A Chicagoan," Brown said.

Police said Joyner allegedly fired a round of shots from his car, but did not hit Tse, who is seen on surveillance video visibly startled. A second round of shots was fired from the car, and this time Tse was struck, police said. He falls to the ground and the driver of the car, who police said was Joyner, gets out and stands over him before firing more shots and then fleeing. The offender allegedly fired a total of 22 shots at the victim.

"This offender gets out of his vehicle, walks up to the sidewalk, stands over Mr. Tse and then immediately fires several more rounds into his body, causing his death," Chief of Detectives Brendan Deenihan said.

"The real break in this case was almost immediate," Ninth District Cmdr. Don Jerome said. "The Chinatown Community Watch called me on my cellphone within minutes of this incident occurring."

Surveillance video helped officers track Joyner and his car to a spot on the Kennedy Expressway. A gun was found in the car with an extended magazine.

Communication with police has been a priority for the Chinatown community.

"The Chinatown Chamber of Commerce has maintained a number of security cameras for a while, and we work very closely with police," said Grace Chan McKibben, with the Coalition for a Better Chinese American Community. "Safety is often cited as one of the most important issues that the community cares about."

Deenihan said he has been contacted by North Side officers investigating several unsolved murders in Rogers Park from 2018, to see if there are any connections to this case or Joyner. He confirmed his department is looking into it and working with the North Side detectives, but said it is much too early in the investigation to know if there is any connection.

"At this point we focused on getting this case solved. But I'm very well aware of the cases you're talking about on the North Side," he said at Wednesday night's press conference. "And the detectives on the North Side have already reached out to these detectives. And we are comparing everything we possibly can and from those cases to this case or any other case that may appear to be some sort of random act of violence. So we don't know at this time."

Joyner refused to talk to investigators, police said. He has a record of gun charges.

"Detectives from the North Side have already reached out to these detectives, and we're comparing everything we possibly can from those cases to this case or any other case that may appear to a random act of violence," Deenihan said at a news conference Wednesday night announcing the charges.

"We don't know at this time but we're definitely investigating that based on what happened here," he said.

Joyner's attorney said "essential information" was lacking in the prosecution's case. The car's tinted windows left the possibility that other people were in the car and could've been the shooter, the attorney said.

Joyner grew up in Chicago and lives in the city with his sister, the attorney said.

Joyner was arrested for possessing a gun in December 2020 on the West Side. He was convicted of a misdemeanor gun charge in late October and sentenced to two days in prison. He was released on time served, according to court records.

The senseless murder has shaken Chinatown.

"What's happening in the entire city is obviously spilling over into the Chinatown neighborhood as well as all the other neighborhoods, and we're just tired of it," Chicago Chinatown Chamber of Commerce President Pat McShane said. "The whole community is very, very disturbed over what's going on, and we want to see accountability from our elected officials."

Parents dropping off their children at the school Wednesday morning were distraught.

"I thought I was fine, to be honest, but now talking to you, it's kind of bringing up the emotion around the whole event," said Marissa Warren, a parent of a Haines student. "My daughter mentioned that a lot of students, at first, thought it was a drill."

"How do you go to school and protect your kids?" said Wade Chan, a family friend and parent of a Haines student. "I mean, when this happened, kids were having recess outside."

Some young students witnessed and heard it all, including the victim's own daughter, who a family-friend says teaches at the school.

"She went to grade school here, went to Lane, came back and given back to the community as a teacher at Haines School," Chan said.

Michelle Chu said Tse was a neighbor of hers for decades. He retired several years ago after working in the restaurant industry, and spent time either with his grandkids or exercising.

Some parents pleaded for more officers on the streets of Chinatown.

Twenty-fifth Ward Alderman Byron Sigcho-Lopez said in a statement, "Not only is a family grieving the tragic loss of their loved one, but an entire community and nearby school filled with children are impacted by what happened yesterday."

Investigators have not said what prompted the shooting.

"We here in Chinatown look out for each other, and everybody here, the residents, the businesses, the employees, they deserve, they want and they deserve a safe community," McShane said.