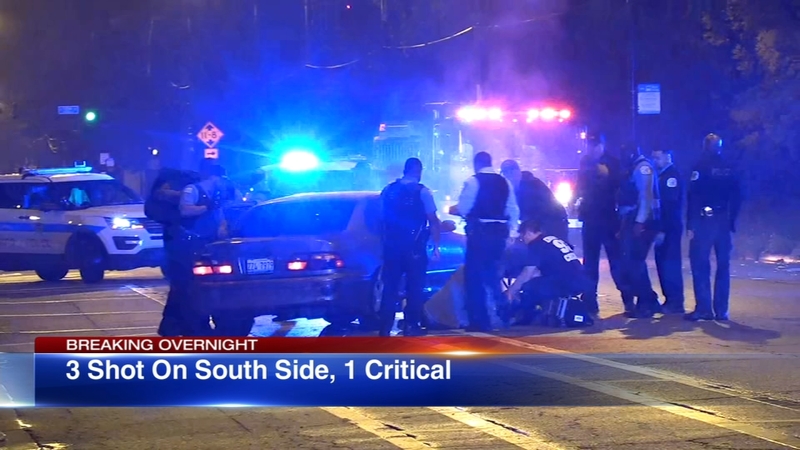 3 shot on Far South Side

CHICAGO (WLS) -- One of three people shot while inside a vehicle on the Far South Side Monday morning has died, according to the Cook County Medical Examiner's Office.

Darnell Banks, 30, a resident of Urbana, Illinois, was mortally wounded in a shooting in the 600-block of East 115th Street in the Pullman neighborhood just after 2:45 a.m. Bullets entered the car, where three people were wounded inside. Bullets also entered a nearby McDonald's, where they pierced through the window.

One of the wounded is a 31-year-old man with multiple gunshot wounds. He is in critical condition. A 29-year-old man was shot in the leg and hospitalized in stable condition.

The car eventually ended up near Pullman Park in the area of 111th Place and Cottage Grove Avenue.

No one is in custody. Area Central detectives are investigating. A source said all three victims were known to police.