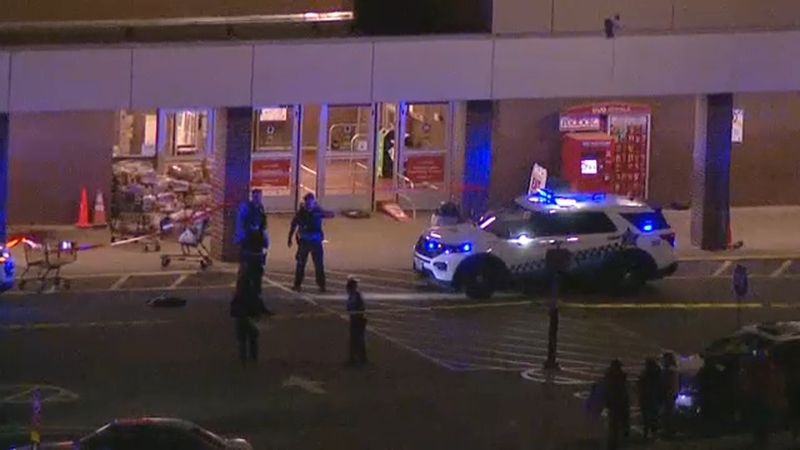 CHICAGO (WLS) -- Two people were shot at a Jewel-Osco parking lot in West Elsdon on the Southwest Side Monday afternoon.

A 54-year-old man was leaving the store about 5:10 p.m. in the 5300 block of South Pulaski road when he got into a fight with a male in the parking lot, Chicago police said.

The 54-year-old pulled out a gun and opened fire, striking the male in the head, police said. He was taken to Christ Medical Center in Oak Lawn in serious condition.

The man suffered an injury to his hand and was taken to Holy Cross Hospital in good condition, police said, adding that he has a valid concealed-carry license and FOID card.

"I found out actually through Facebook, while I was on my lift, that there was a shooting, which is obviously terrifying, so I wasn't sure if I should leave right away," said Andrew Barretto, who was leaving the gym next door after a workout. "I was actually advised by my family, maybe I should reconsider gyms."

An employee, who asked not to be named, said he saw the two men fighting near the entrance to the store when one pulled out a gun and opened fire.

Jewel-Osco did not respond to a request for comment.

The police tape came down around 8:45 p.m. after officers recovered a gun, but there are still questions about exactly who is involved here.

The shooter was not taken into custody after the incident.