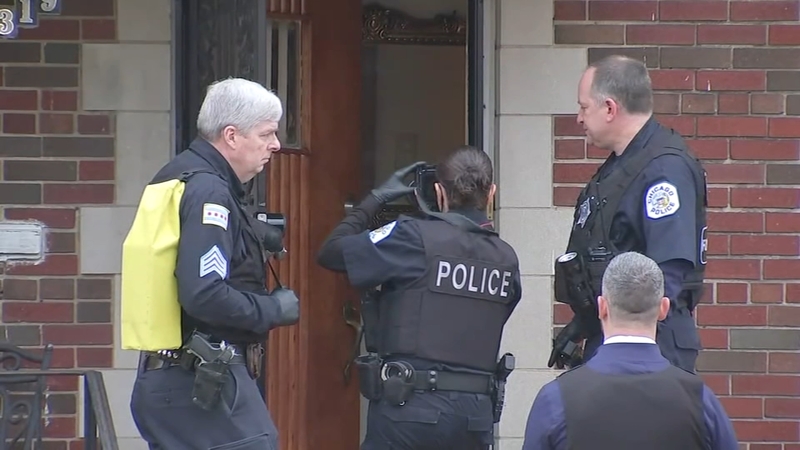 CHICAGO (WLS) -- Chicago police have uncovered a new clue as they investigate the murders of three people found dead inside a Far South Side home.

Police said Wednesday a vehicle is missing from the scene of a triple homicide in Morgan Park, but they are not sure what type of vehicle.

Investigators said the three victims were all found shot to death inside a home near West 113th Street and South Green Street about 5 p.m. Tuesday during a well-being check.

Police said the victims are all related -- a mother and her two adult children. The Cook County medical examiner identified them as Arteria Riley, 81; Thomas Ann Riley, 64; and Ruben Riley, 61.

Arteria Riley worked for the post office until she became blind, one neighbor said.

Family members gathered in stunned silence as forensics investigators combed through the home.

It's unclear when the three were killed, but neighbors said they saw the adult children as recently as Monday.

She'd called Hampton early Tuesday afternoon, concerned that she had not been able to get in touch with her family.

"I went over there and rang the bell, knock on the door -- no answer," he said. "The younger girl, they had to help her back to the car at the curb. I said, 'oh heck.' I asked her, I say, 'everything alright?' No momma and daughter are dead."

The family lived in the middle of a quiet, dead-end block where few unfamiliar faces come and go, neighbors said.

Neighbors said the family has lived in the home for more than 35 years, and described the victims as "kind and friendly." It's the last house on the block where they'd expect such violence, neighbors said.

Hampton added that he remembers when the family moved in. He said most in the community have been left shaken by the crime.

"We know what each house is doing, but we don't know everybody on the block now because new people have started coming in," he said.

So far, no one is in custody. A homicide investigation is underway.