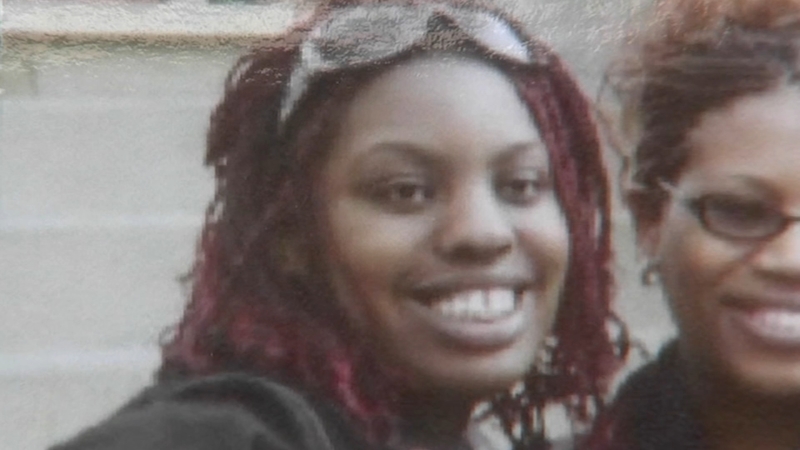 CHICAGO (WLS) -- A 17-year-old boy and his 22-year-old brother have been charged with first-degree murder after a security guard for WGN-TV was shot and killed Monday afternoon. She had just left work and stopped for gas in the South Shore neighborhood before the shooting.

Dameonte Watson, 17, and his 22-year-old brother Gregory Watson are both charged with first degree murder. Dameonte Watson is charged as an adult.

Claybourne was inside her car around 3 p.m. Monday in the 6700-block of South Jeffery Boulevard at a gas station where she was a regular customer, court documents said.

According to prosecutors, Claybourne had just gotten back into her car after filling up with gas when another car pulled up on the other side of the island. Dameonte and Gregory got out of the car and went to either side of Claybourne's car. According to court documents, Gregory can be seen on video leaning into her driver's side and within seconds opens fire, shooting multiple times.

Prosecutors said the two were attempting to carjack Claybourne and panicked when they saw her security guard uniform. Prosecutors say after they fled the scene they were caught on private surveillance video hiding the guns behind garages at homes a couple of blocks from the gas station. Police said they went to the area in the video and found two handguns.

Claybourne was struck in her shoulder and face and taken to the University of Chicago Medical Center, where she was pronounced dead, police said.

Both brothers were taken into custody within an hour of the shooting, Chicago police said. Dameonte appeared in bond court Wednesday.

Claybourne's family in Alsip said they have tried for years to get her to leave the city because of the violence, and she was actually planning to move to another neighborhood at the end of March.

Her family is devastated by their loss and unable to make sense of how and why she died.
"My heart is breaking so. I don't know how I'll get through. I don't," her mother Donna Marie Claybourne said.

"All my favorite things, all things me and my mom had in common will now actually make me cry. They used to make me laugh," her daughter Saiaan Claybourne said.

At least two people of interest were being questioned, a police spokeswoman said Tuesday afternoon.

MORE: Woman fatally shot after ex followed her from work

Claybourne worked for Allied Universal Security and was posted at WGN-TV Studios, according to the station.

The station released a statement saying, "Salena was very friendly, thoughtful, hardworking and a member of the WGN family. Such a tragic loss; she will be greatly missed. Our thoughts are with her family at this difficult time."

Claybourne had just turned 35 last week and was the youngest of six siblings. She leaves behind two teenage daughters.

"It sent a shockwave through our whole family. There's no words or anything that anybody can say to console us right now because a piece of us is gone," her sister Alexsia Claybourne said.

South Shore has had 16 shootings so far this year through Saturday, according to police statistics. That's about 35% fewer than the same time last year, when there were 21 shootings, but still more than the 11 shootings reported in 2020.