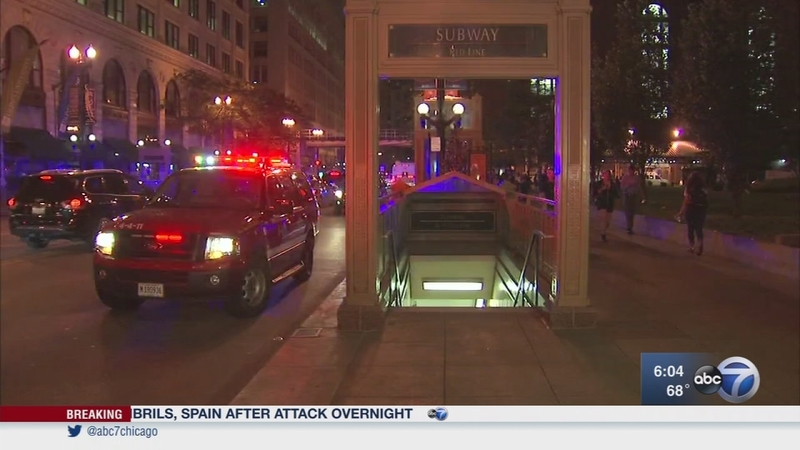 The gunman was apparently waiting on the subway platform for the northbound train to come in and knew where his target was, police said.

"They were leaving the doors wide open. That was definitely a little shot of terror because there were some people on the train saying, 'Why are the doors open? We're sitting ducks, basically.' Just because we didn't know what the situation was," said Andrew Lapin, a witness. "I was a little scared by it. Seeing everyone else, started lying on the floor. Definitely a scary experience."

A 24-year-old man was shot in the left arm and ankle. He was taken to Northwestern Memorial Hospital in serious condition.

Those that ride the Red Line every day said they know they must always stay aware.

"You have to just kind of, be very aware all the time. You just have to be very aware. If something's happening, try to take action," said Crys Charity, a CTA rider.

"It's terrifying. It's terrifying. I was worried something like that would happen because there's been so much violence recently.But, it's just, it's horrible," said Annie Driver, another CTA rider.

Police were back at the scene near Jackson and State Friday morning, looking at surveillance video captured from a nearby building.