Charges filed in West Side shootout that Lightfoot, Foxx publicly clashed over 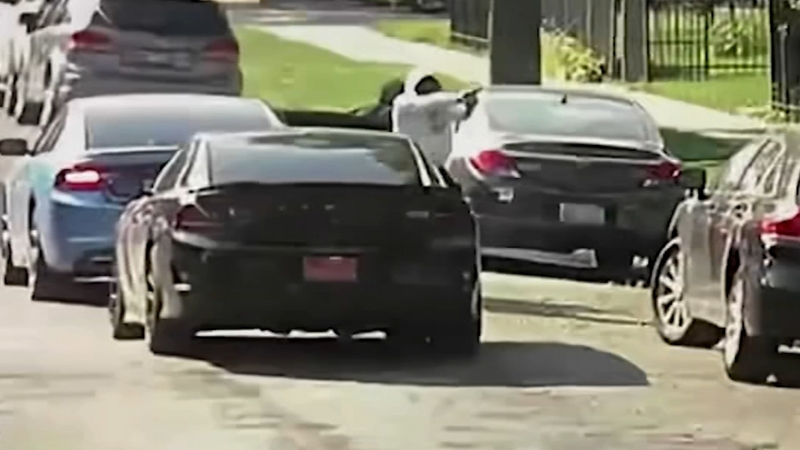 Charges filed in West Side shootout that Lightfoot, Foxx clashed over

CHICAGO (WLS) -- Five months after a brazen shootout in broad daylight on Chicago's West Side, prosecutors are filing charges against one of the people involved.

It was a case that put Cook County State's Attorney Kim Foxx in the hot seat after she initially declined to charge anyone.

Kim Foxx explained what changed in this case that led to charges being filed against an alleged gunman.

It was a shootout in the middle of the day that terrorized people in the Austin neighborhood last October. Police said two people got out of a car and fired shots into a nearby home. Those inside then returned fire. One person was killed, one other injured.

Thomas Dean, 20, is now charged with three weapons counts for firing shots from what the state's attorney described as a machine gun.

"We were able to get some scientific and forensic evidence that didn't exist at this time to be able to trace this back to this defendant and again, additional work that we're doing on others who are likely to be in charged," Foxx said.

Foxx announced the charges as she stood with Mayor Lori Lightfoot, who at the time was harshly critical of Foxx for not charging anyone despite two arrests. The two leaders talked unity Thursday.

"I stand here with the state's attorney and the superintendent ignited in our common purpose and commitment to bring peace to our residents," Lightfoot said. "Now we may not agree on every issue or every time. But make no mistake, we are united in our shared mission to make all of our neighborhoods safe."

Police have a search warrant for another suspect and additional charges are expected.

The police superintendent says the charges here should send a message to the community and those responsible for the violence.

"No residents should be faced with that kind of terror, brazen, reckless and lawless acts of violence like these will not go unchecked," Supt. David Brown said. "And offenders, like being will not be let off the hook."