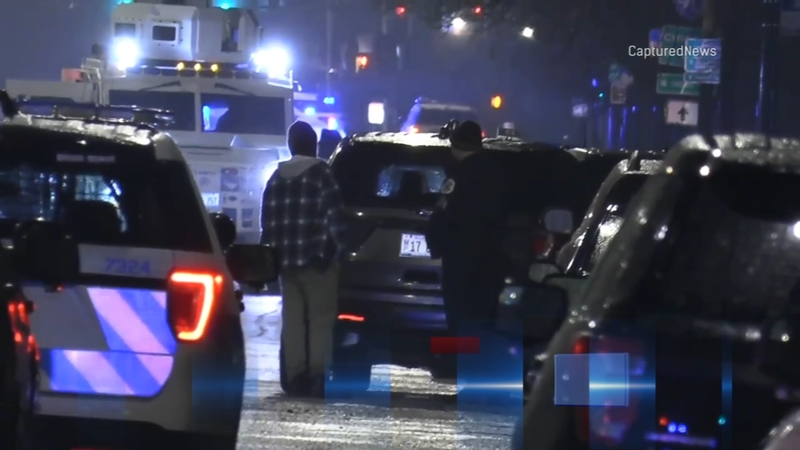 A 40-year-old man was shot early Saturday morning. The rideshare driver dropped off a passenger in the 5400 block of South California Avenue at about 4:40 a.m. He then observed an unknown offender on foot firing shots in his direction from in between cars parked on the street. The victim sustained one gunshot wound to the abdomen and was transported to Christ Hospital in critical condition. No one was in custody. Area One detectives are investigating.

Two people have died after a SWAT team was called out to a home on the city's South Side at about 9:45 p.m. Friday. Chicago police said they received a call for a well-being check on a woman possibly held against her will by her boyfriend near East 84th Street and South Mackinaw Avenue. When officers arrived at the home, a man closed the curtains and police heard gunshots. A male offender, 30, was found along with a female victim, 20, in the residence. Both sustained gunshot wounds to the head and were pronounced dead on the scene. The situation is clear and the area was blocked off for several hours. No officers were injured, police said. Detectives are continuing to investigate the incident, police said.

A woman was shot and killed Friday night driving in Little Village on the West Side. Folashade Mordi, 25, was driving in the 2400 block of South Homan Avenue about 11:45 p.m. when she was shot in the left side of the chest, Chicago police said. She was pronounced dead at the scene, police said. No one was in custody.

In nonfatal shootings, a 1-year-old girl suffered a graze wound while riding in a vehicle in the Belmont Cragin neighborhood Friday, Chicago police said. It happened in the middle of the intersection of Linder and Wrightwood just after 6:00 p.m., Chicago police said. The 13-month-old baby was in the backseat of a vehicle when she was grazed by a bullet in the head or neck, officials said. The child was driven, likely in the same vehicle she was riding in, to Lurie Children's Hospital, where she remains hospitalized in good condition.

A man was shot during a carjacking Friday night in the South Loop on the Near South Side. The man, 30, was sitting in his white Jaguar waiting for someone in the 100 block of East Cullerton Street when one of five gunmen shot him in the thigh and dragged him out of the car after he refused to get out, Chicago police said. He was taken to Northwestern Memorial Hospital, where he was in good condition, police said. The gunmen fled the scene in the Jaguar, officials said. No one was in custody.

A 17-year-old boy was shot and wounded Friday night in Gage Park on the Southwest Side. The teen was walking through an alley in the 5600 block of South Sawyer Avenue about 7:40 p.m. when he was struck in the lower right leg by gunfire, Chicago police said. He was taken to Mount Sinai Hospital, where he was in good condition, police said. No one was in custody.