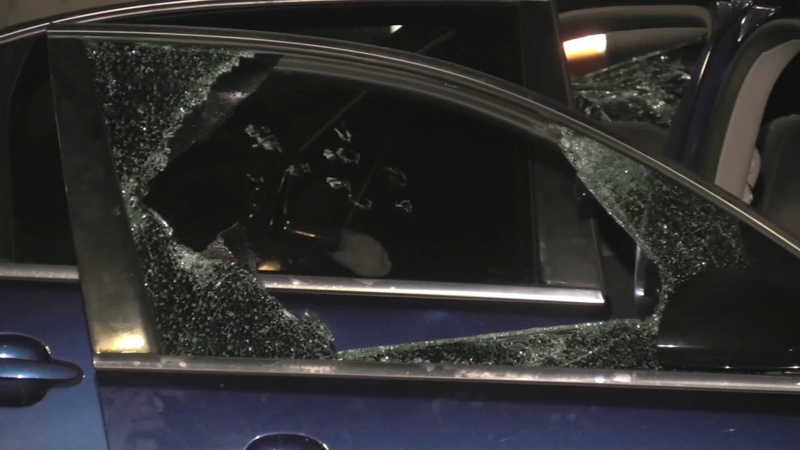 CHICAGO (WLS) -- Ten people were killed and 53 others were wounded in shootings in another violent weekend in Chicago, according to police.

"If Chicago is going to be a safer city, reducing violent crime to historical lows, it will be because of community policing," Superintendent Brown said.

Brown spoke at McCormick Place as 47 officers start their training to bolster the Neighborhood Policing Initiative. The Initiative is already in the Grand Central and Austin Districts and these officers will expand that into the Deering, Ogden and Harrison districts.

They'll hit the streets in October.

The superintendent also said that police made 52 gun arrests over the weekend and recovered 87 guns.

In the weekend's latest fatal shooting, a 28-year-old woman was shot dead, and a 26-year-old man was wounded in a shooting Sunday in Garfield Park on the West Side.

According to Chicago police, they were sitting in a vehicle around 11:30 p.m. in the 200-block of North Pulaski Road when someone on foot fired shots, police said.

The woman was struck in the back and was taken to Stroger Hospital where she was pronounced dead, police said. The Cook County medical examiner's office hasn't released details about her death.

The man was taken to the same hospital in critical condition with a gunshot wound to the abdomen, police said.

A person is in custody after an 86-year-old man was found shot dead Sunday in West Pullman on the Far South Side.

The man was found by a relative about 6 p.m. in a home in the 11900 block of South Lafayette Avenue, Chicago police said. He was shot in the leg by an 85-year-old man during a domestic incident.

The older man was pronounced dead on the scene, police said. The Cook County medical examiner's office hasn't released details about his death.

Investigators believe he was shot between 2 p.m. Friday and 6 p.m. Sunday, police said. A gun was recovered on the scene, and the 85-year-old man was taken into custody.

Charges are pending against him as Area Two detectives investigate.

A man is dead and three others were injured in a shooting in the Englewood neighborhood Sunday.

Police say they victims were sitting on a porch in the 6100 block of South Throop Street just before 4 p.m. when an unknown vehicle drove by and two suspects jumped out and starting shooting at the victims.

A 35-year-old man was struck in the head, according to CPD. He was transported to Stroger Hospital where he was pronounced dead.

A 17-year-old boy suffered a gunshot wound to the hip, a 60-year-old man was grazed in his lower back and a 26-year-old woman was shot in the hand. All three were transferred to local hospitals and are said to be in good condition, according to officials.

No one is in custody and Area One detectives are investigation.

Forty-three people have been shot, 10 killed in Chicago weekend shootings since Friday.

A 31-year-old man was shot Sunday in South Loop.

About 3:30 a.m. he was in a car in the 1400-block of South Canal Street, when someone fired shots at him through the windshield of the car, Chicago police said.

He was grazed by a bullet on his hand and drove himself to Cook County Hospital in good condition, police said.

The man told police the person fired shots at him after an argument, police said.

A woman was shot to death Saturday in Austin on the West Side.

According to Chicago police, around 11:05 p.m. the woman was found unresponsive with a gunshot wound to the head in the 500-block of North Pine Avenue. She was pronounced dead at the scene.

The victim was identified as 33-year-old Danielle Pearson, according to the Cook County medical examiner's office and police.

Early Saturday morning, six people were shot, two of them fatally, just four blocks away in the 100-block of North Pine Avenue.

Two people were killed and four others, including a suspect, were wounded in a shootout Saturday in Austin on the West Side.

People at a gathering started arguing about 2:05 a.m. in the 100-block of North Pine Avenue when a male suspect unleashed gunfire into the crowd, Chicago police said. Another person returned fire, striking him in the abdomen.

Police said that the person who fired the shots into the crowd was himself shot by a Concealed Carry holder. Police said hte suspect was on electronic monitoring at the time.

"There was a concealed carry holder in the crowd who returned fire striking the offender," said CPD Chief of Detectives Brendan Deenihan. "The offender was immediately placed into custody and based upon the investigation from the detectives they were able to secure charges against this offender."

Another male victim was struck in the thigh and was taken to Loyola University Medical Center in good condition, police said.

The suspect was taken to Stroger Hospital in critical condition, police said.

Officers on the scene stood along the crime scene tape as a crowd gathered. One of the gunshot victims was seen lying in an alley before being taken away by an ambulance.

A weapon was recovered on the scene, according to a police source. Area Four detectives are investigating.

A 27-year-old man was fatally shot Sunday in Woodlawn on the South Side.

He was found outside about 12:10 a.m. in the 6100 block of South Rhodes Avenue with gunshot wounds to the torso, Chicago police said. The man was pronounced dead on the scene.

There are currently no witnesses to the shooting, police said. Area One detectives are investigating.

A 32-year-old man was fatally shot Saturday in West Englewood on the South Side.

He was driving about 2:05 p.m. in the 2300 block of West 63rd Street when a male suspect in a dark-colored SUV pulled alongside him and fired shots, Chicago police said.

The man was shot in the chest, and he was pronounced dead at Christ Medical Center in Oak Lawn, police said. The Cook County medical examiner's office hasn't released details about his death.

Three men were shot Saturday in Lawndale on the West Side.

Two males walked up to the men and opened fire about 7 p.m. in the 1800 block of South Pulaski Road, Chicago police said.

Another man, 29, was grazed by a bullet and refused medical attention, police said.

Further details about the shooting were not immediately available.

Two men were shot Saturday in West Garfield Park on the West Side.

A man was found shot to death Saturday in West Englewood on the South Side.

Officers responding to reports of a person shot found the 34-year-old unresponsive on the ground shortly after midnight in the 6200-block of South Seeley Avenue, Chicago police said.

He had a gunshot wound to the back of his head and was pronounced dead at the scene, according to police. The Cook County medical examiner's office identified him as Walter Leflora, of West Englewood.

The man's body could be seen covered with a sheet in the street as officers investigated. A large crowd gathered near the scene, with multiple people yelling for authorities to remove his body from the street.

Police said no one is in custody as Area One detectives investigate.

A man was killed in a shooting Saturday in River West.

Officers responding to reports of shots fired found the 36-year-old man on the ground with a gunshot wound to his back about 3:20 a.m. in the 700-block of North Morgan Street, according to Chicago police.

He was taken to Northwestern Memorial Hospital, where he was pronounced dead, police said. The Cook County medical examiner's office has not released details about the fatality.

Police are still working to find the gunman who opened fire in the middle of the street and shot up a church in the Irving Park neighborhood Saturday.

Neighbors say they woke up around 2 a.m. to the sound of gunshots.

"We were asleep and heard rapid gunfire- maybe 20 or 30 gunshots right outside of our house so we kind of hit the floor," said Robyn Johnson, whose car was damaged by bullets.

Witnesses said they saw a man armed with a gun standing in the middle of the road shooting down the street in the 4000-block of North Troy.

"Walking down the street here- firing down that way - randomly or as a car. The guy here was shooting and screaming but we could not understand a word he said," said Stephen Kottra, who witnessed the shooting.

The church was hit with gunfire and were cars riddled with bullets along the street.

Neighbors said the exchange of gunfire damaged their property and has left many on edge.

"It was scary to be within just feet of your house and hear the crack of the gun and the voices of the shooters yelling," Johnson said.