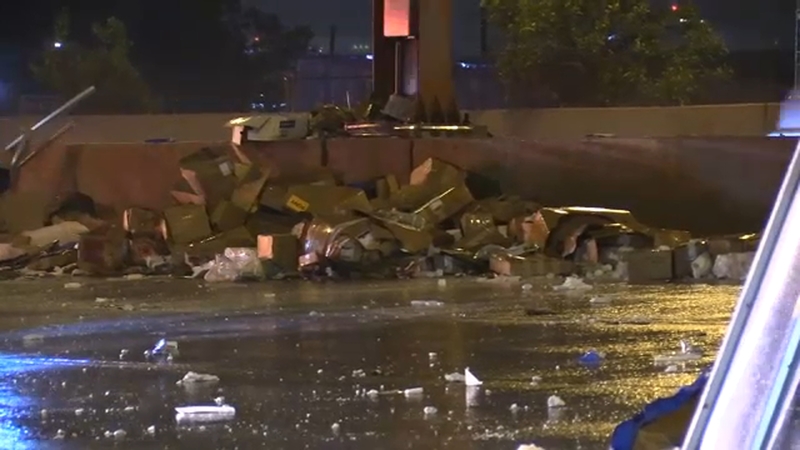 All southbound lanes of the Kennedy were closed at Division Street about 2:15 a.m., after the crash occurred, police said. Soggy packages could be seen on the expressway, as rain covered the Chicago area throughout the morning.

The crash is expected to affect traffic for several hours, while crews work to clean up the scene, police said. As a result, the reversible lanes on the Kennedy Expressway are now open to southbound traffic to ease congestion.

The cause of the crash is still under investigation, but it appears the driver was traveling too fast for wet conditions, police said.