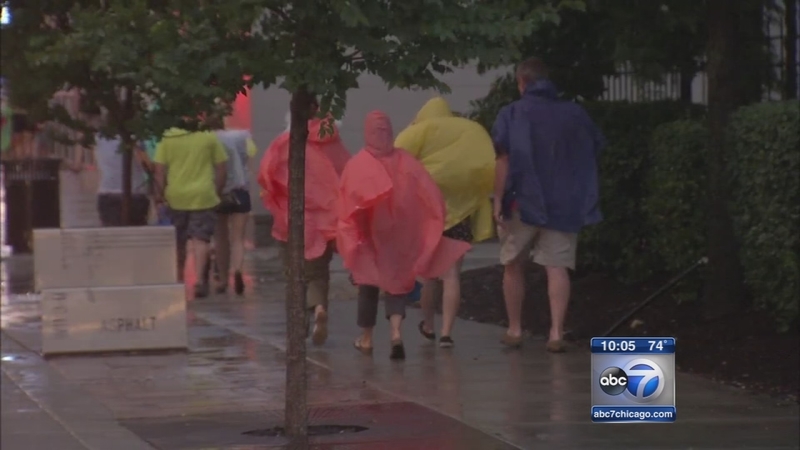 CHICAGO (WLS) -- A hot and humid Saturday was punctuated with an evening thunderstorm that swept through the Chicago area, causing high winds, heavy rains and the delay of a Coldplay concert at Soldier Field.

As of 10 p.m., electricity had been knocked out for nearly 10,000 ComEd customers in Cook County, including more than 4,000 in Chicago, according to the utility company. Another 4,300 were in the dark in Lake County, as were about 800 in McHenry County.

As people grappled with the flooding from the storm, a second wave of rain moved through the city late into the evening. While the system spurred 1,821 lightening strikes, the second weather system was not considered severe. The storm was expected to end at 2 a.m.

Earlier, the heavy rains briefly left a portion of the Edens Expressway in Winnetka mostly impassable due to three feet of water in both lanes at Winnetka Avenue. Five vehicles were abandoned, but larger vehicles and SUVs got through, police said.

A severe thunderstorm warning was in effect when Coldplay fans at Soldier Field in Chicago were told to take shelter shortly before 7 p.m. Dark clouds hovered over the stadium, dropping heavy rain as lightening flashed in the distance.

At about 7:45 p.m., stadium officials tweeted that the concert would restart at 8 p.m. as the rain slowed down. The opening act was canceled, but the band took the stage at about 9 p.m.


On the North Side, the Crossing Bar lost power as the storm moved through the city.

On Lake Michigan, officials responded to several distress calls. No injuries reported, but one boat capsized near North Avenue Beach in Chicago.

Starting Saturday afternoon, severe thunderstorm warnings for several northeast Illinois counties were issued, but most expired by 7 p.m. As the storms subside, cooler temperatures -- which had been close to 90 degrees throughout the day -- settled in.

On Sunday, after some showers and storms in the morning, much of the day will be dry. A cold front will arrive in the afternoon/evening which could trigger stronger storms, most likely for south of Interstate 80. 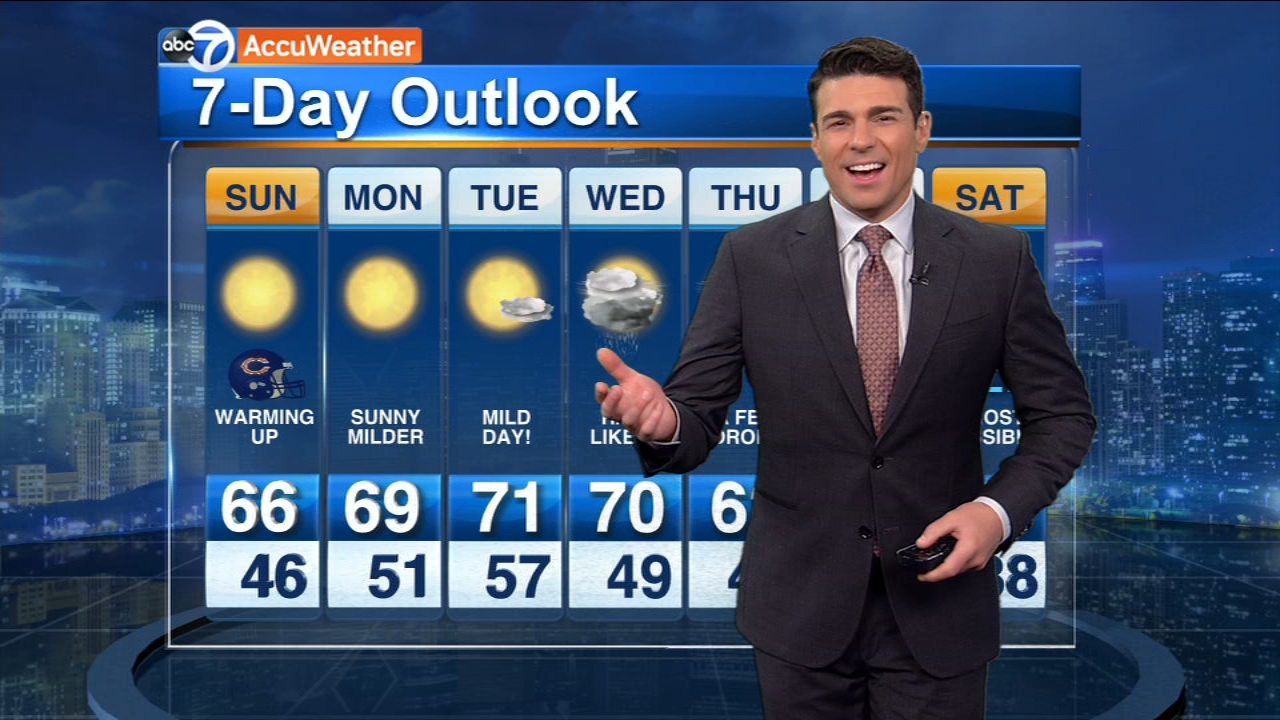 ABC7 AccuWeather Forecast
Warming up Sunday. Highs in the 60s.