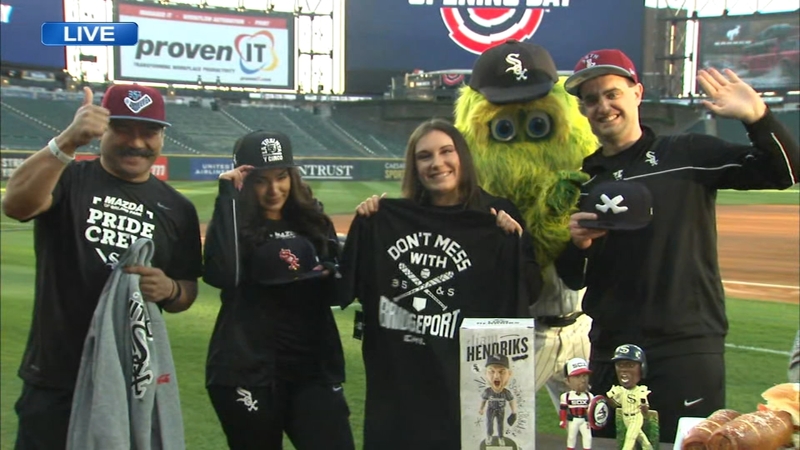 CHICAGO (WLS) -- It's time to play ball on the South Side: The Chicago White Sox home opener is Tuesday against Seattle.

The White Sox and their fans are excited to get back inside Guaranteed Rate Field and begin the process of trying to repeat as American League Central Division champions.

"We've been locked in for so long and to be out here and celebrating," Sox fan Kat Guerrero said. "They made it to the playoffs; this year they are going to the World Series no doubt."

That effort got off to a good start over the weekend in Detroit when the team shook off injuries to two of their top pitchers to win two of three games against the Tigers.

Until both Lance Lynn and Lucas Giolito can return to the pitching rotation, the Sox will rely on a bevy of hitters to keep the wins coming.

With the experience of last season's playoff appearance guiding them, there is no shortage of optimism on the South Side.

WATCH: What to expect for Sox home opener

Here's what to expect for Tuesday's Sox home opener.

For Antonio Perez, Tuesday is more than just about the game.

So Perez came to honor him, even wearing his brother's jersey to show his love.

About 40,000 people are expected at Sox park Tuesday.

With the experience of last season's playoff appearance guiding them, there is no shortage of optimism on the South Side.

White Sox fans can expect a more normal season after the COVID pandemic.

And Bret Donaldson, a chef from Delaware North, the official retail and concession operator for the White Sox, revealed Guaranteed Rate Field's newest tasty treats, including a pretzel bun-wrapped brat.

Check out this season's tasty treats at Guaranteed Rate Field.

White Sox fans will remember baseball great, Hall-of-Famer Harold Baines, who will be in attendance Tuesday, as well.

White Sox great Harold Baines will be in attendance at Tuesday's home opener.

After spending time recovering from heart and kidney transplant surgery, he will be in attendance for Opening Day.

"They took care of me everyday, and I'm very grateful for that," Baines said.