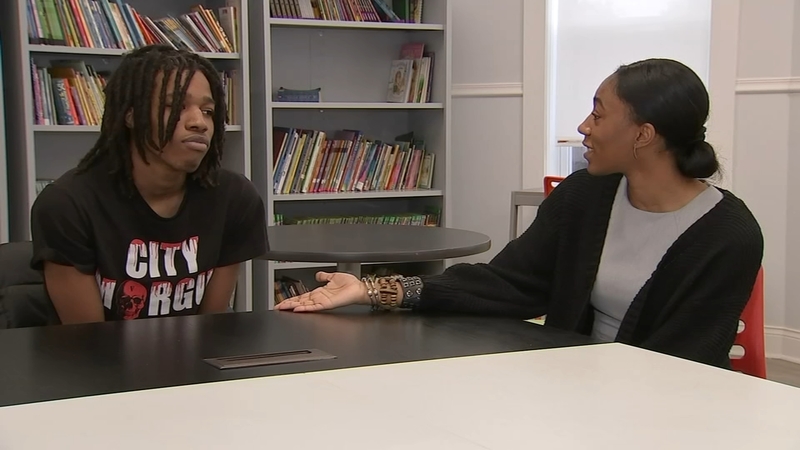 CHICAGO (WLS) -- A program to support Chicago Public Schools students in high-risk situations is expanding to the city's Bronzeville and Humboldt Park neighborhoods.

The Choose to Change initiative is designed to keep young people on track towards graduation - and out of the criminal justice system.

At 19 years old, Daryl still hasn't graduated high school. But he will.

"I was just real down. Real depressed. I was going through a lot. Just mentally. Had to figure some stuff out," he said.

After being identified as a potential dropout, Daryl was paired up with a mentor, as well as therapist Chelsea Hopson, to be a part of Choose to Change. Together they built a relationship with Daryl, allowing him to thrive.

"Most of the students that come into our program have either been a witness to or have experienced some sort of trauma," Hopson said. "The goal is to get them to graduate, but also to expand their knowledge about what is possible after graduation."

After six years in existence mostly pulling students from option schools, Choose to Change is expanding, CPS announced Monday at Bright Star Community Outreach. It's one of four new non-profits that will build upon the existing model with already proven results.

"The children that we serve, we see a 50% reduction in arrests for violent crime. 50% reduction," CPS CEO Pedro Martinez said.

Daryl, who was a part of Monday's announcement put it this way: "Coming where we come from, people feel like they are what they around. That's why it's a constant circle of the same things."

And that's where Choose to Change, Hopson, and his mentor, came in for him. They help with everything from rides to school to guidance, to use Daryl's creativity and entrepreneurship to help him design t-shirts he can now sell.

"Daryl is going to go everywhere. I'm so excited for him," Hopson said.