CHICAGO (WLS) -- Columbus Day has become a controversial holiday over the years, and, as people push to remove more of his statues, some Italian Americans are asking for more unity as they celebrate Monday.

"It's a day of celebration, it's a day of tradition, it's been around for over 130 years, and this is our 69th annual Columbus Day Parade, so we're very, very excited for the return," said Ron Ornesti, president of the Joint Civic Committee of Italian Americans.

Each year the controversy around the federal holiday continues to grow. Ahead of the parade, Native American groups and their supporters gathered on the North Side in support of Indigenous Peoples' Day.

"Each October, when Columbus is honored, it further diminishes and erases native people, their history and their culture," said Les Begay, the co-founder of Indigenous Peoples' Day Illinois.

But Ornesti and his group oppose replacing Columbus Day.

"It's something all ethnic groups, all cultures, should be sharing in, as we believe Columbus opened the door to exploration in the new world, and, today, more than any other time, we need unity rather than divisiveness," Ornesti said.

"Is it really to honor indigenous people or is it just to dishonor Columbus?" he added. "There are 364 other opportunities, why must it be on our day?"

Ornesti and the Civic Committee of Italian Americans celebrated the holiday Monday with a tradition, honoring John Sanfilippo, who died last year.

Chicago Public Schools has stopped honoring the Columbus holiday. That's why Ornesti's committee believes Columbus statues, like the one removed from Arrigo Park, should be put back.

"Ever since the beginning of all of this, all we really wanted was to be invited to the table to discuss what was going on," Ornesti said. "One night Columbus was resting in his home at Arrigo Park, and the next day he was gone."

The Arrigo Park Columbus state was unveiled at a Columbus Day celebration in Stone Park Monday afternoon. The JCCIA said it's on "furlough" from the city in a good faith gesture. Crowds cheered when it was unveiled.

Onesti shared a photo from what he described as a recent visit to a Chicago Park District warehouse with the statue covered in graffiti.

"The park district realized that, and how hurt we were, and they allowed us to fix it," Onesti said. 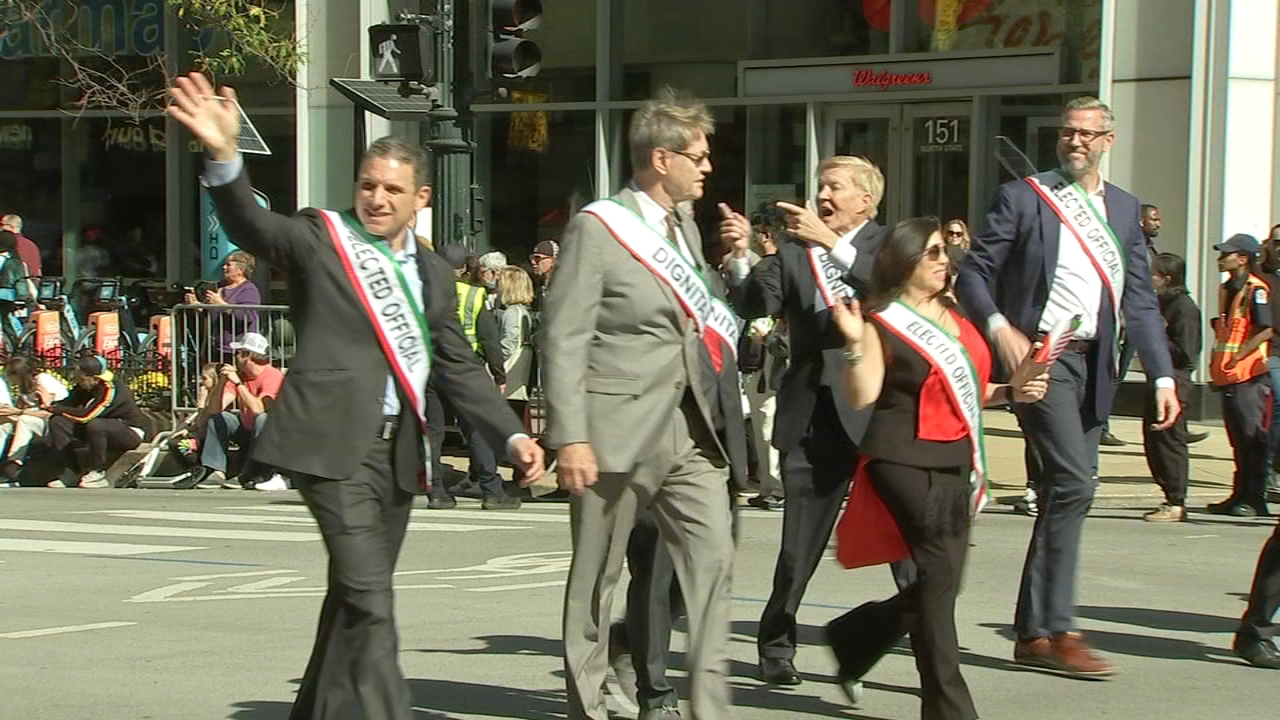 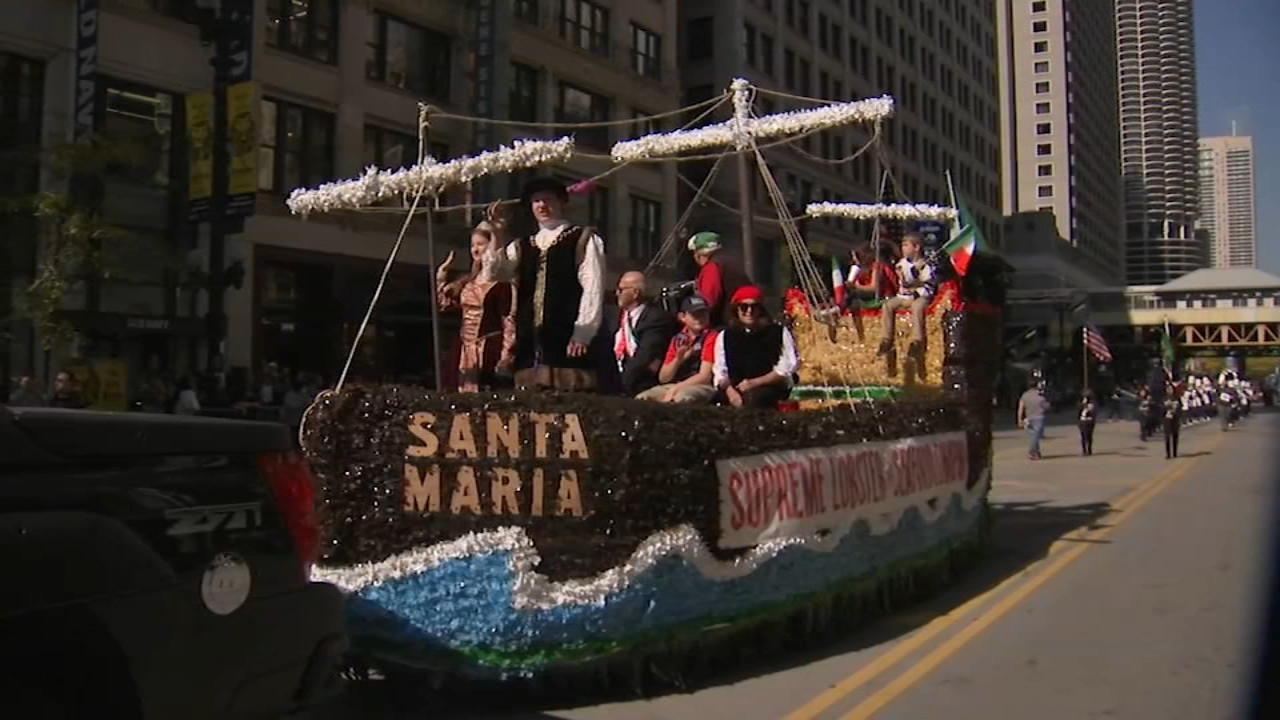 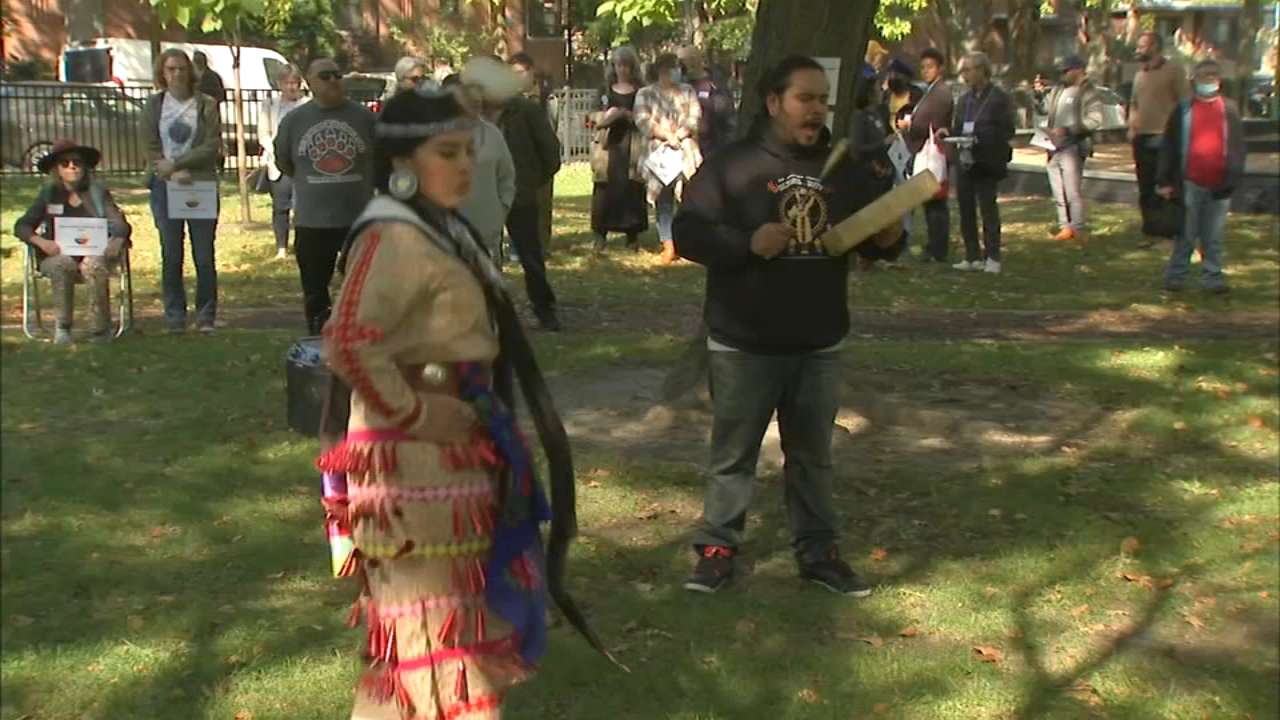