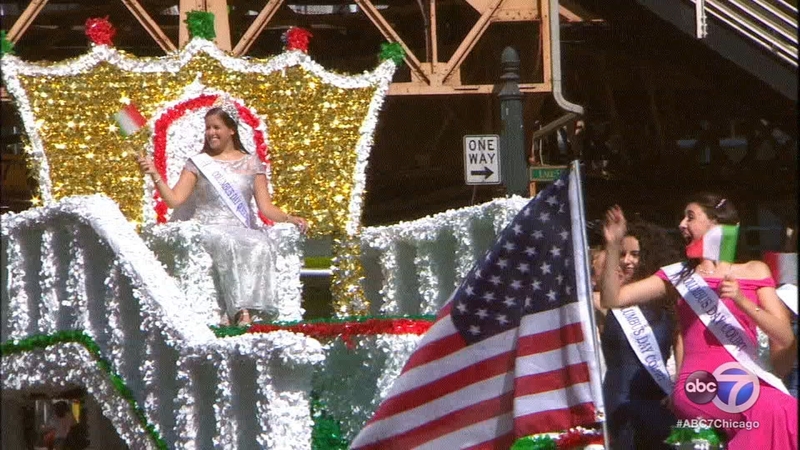 The parade started on State Street at Wacker Drive and continued south to Van Buren.
The parade is sponsored by the Joint Civic Committee of Italian Americans.

Festivities started at 9 a.m. with a Mass at the Shrine of Our Lady of Pompeii, 1224 W. Lexington in Chicago. A wreath-laying ceremony in Arrigo Park followed at 801 S. Loomis in Chicago.