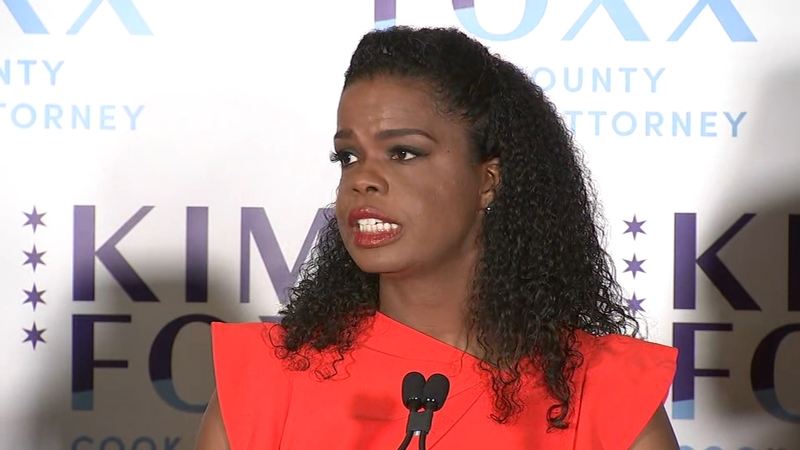 "Tonight, the voters have once again spoken and are calling us to continue our mandate of criminal justice reform," Foxx said. "They are calling us to continue to make Cook County a model for this country. I pledge to keep pushing for that change, that is fair, that is just, that is equitable, while keeping our communities safe. To everyone that rallied around this race, that made it bigger than one thing, one issue, who rejected the notion that we would talk about one singular case and that would matter to the people of Cook County, and put everything on the line for this, I thank you."

Foxx was referring to the Jussie Smollett case as she withstood a barrage of criticism from Conway, who flooded the airwaves with critical ads bankrolled by his billionaire father.

The race for Cook County state's attorney has received national attention because of the Jussie Smollett case, but on election day the spread of COVID-19 has overshadowed that.

Foxx released a video Tuesday encouraging voters to still vote, but also to take care to observe all precautions on this Election Day to prevent the spread of COVID-19.

"The campaign for my re-election has suspended traditional outreach. We're using text messages to get out the vote," Foxx said in her video message. "My election remarks will be limited to essential staff instead of a party to keep every one safe."

Gone are the days when candidates would be pressing the flesh at busy L-stops, the need for social distancing has eliminated those get out the vote activities.

Bill Conway released his own video, encouraging people to go to the polls and be COVID-19 conscious.

"Most importantly I'm asking everybody to stay safe out there, sanitize often, make sure you're following the advice of your public health professionals," Conway said.
The Jussie Smollett case, which once dominated the race, has now been eclipsed by COVID-19 concerns.

COVID-19 concerns prompted ABC 7 to do virtual interviews with the other two democratic candidates.

"It's a new normal, we've never quite had an election day like this," said Donna Moore, a Democratic candidate for state's attorney. "I'm hoping people that will be able to get out to vote, there's been a lot of nervousness because of the coronavirus, there's been concerns about election judges."

"I watch what happen with the pens that are being passed around between everybody and there is a very valid and legitimate concerns the governor should have delayed the election," said Bob Fioretti, another Democratic candidate for State's Attorney.