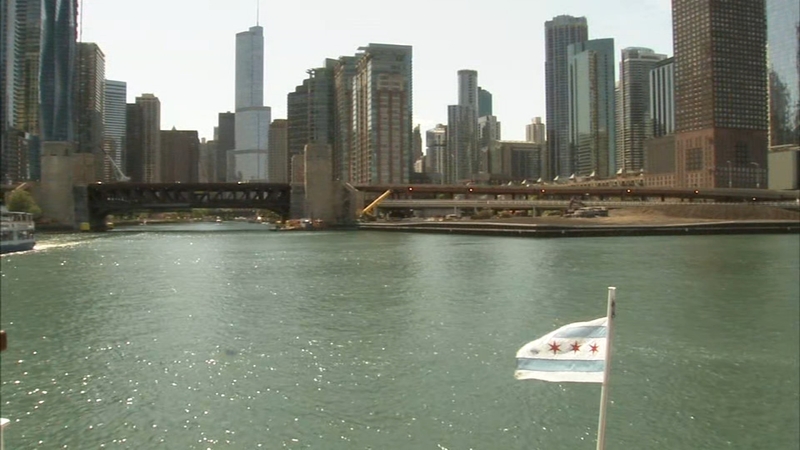 CHICAGO (WLS) -- Illinois reached another one-day high in testing, as it surpassed 38,000 COVID-19 tests conducted in the last 24 hours.

Within the last 24 hours, Illinois performed 38,894 tests, bringing the state's total to more than 1.9 million.

The Illinois Department of Public Health reported on Sunday that the state's seven-day positivity for cases as a percent of total tests from July 5 -July 11 is 3.0%. On Thursday, the rate reported was 2.6%.

Also on Thursday, the last single-day testing record was set, with 36,180 tests performed.

Two weeks into Chicago's Phase 4 reopening, the city's test positivity rate is still below 5%, essentially remaining flat despite an increase in cases among 18- to 29-year-olds.

The city rolled back restrictions for the downtown Riverwalk Friday, which can now resume its standard hours of 6 a.m. to 11 p.m.

On the other hand, the city tightened restrictions on bars and restaurants that serve alcohol, which now have to close by midnight; though last call remains 11 p.m.

The Illinois National Guard's deployment to establish and support the state's COVID-19 testing sites is drawing to a close.

State leaders recently announced that the Illinois National Guard will hand over operations of 11 state-run testing sites to civilian contractors this month.

Over the past four months, thousands of service members have averaged 45-day deployments, followed by a 14-day quarantine, all away from their families to prevent the virus' spread.

In addition to running those testing sites, the Guard was involved in logistics, including deliveries to McCormick Place.

A small number of members will remain on duty to help with the transition to that civilian workforce.

A Glenview aquatic center is also closed due to the coronavirus.
EMBED More News Videos

Flick Aquatic Center in Glenview will stay closed, at least through Monday after 2 lifeguards tested positive for COVID-19.

Flick Aquatic Center says they will stay closed, at least through Monday, after two of its lifeguards tested positive for the virus.

One of them worked on July 1 and 6, but spent most of the shifts in the lifeguard chair. The other was there on June 30 and July 7, when the pool was closed.

The center is now being deep cleaned and disinfected, and says they do not believe the public had close contact with either lifeguard.

The Illinois High School Association said the changes are "due to an increase in positive cases of COVID-19 among high school teams around the state."

IHSA is working with the state's Department of Public Health to limit physical contact and increase mask requirements to prevent the spread of COVID-19. Limiting physical contact also extends to sports games and competitions against other schools, including 7-on-7 in football, an IHSA spokesperson said.

Health officials there said since June 25, cases reported in Lake County residents under 30 have risen, while the cases in the general population have remained steady. Health officials believed the rise is the result of summer gatherings and a lack of social distancing.

Chicago health officials made a similar finding; the group with the most cases in the last week are 18 to 29 year olds, who comprise nearly 30 percent of new infections.

Multiple cases have been linked to a Lake Zurich High School athletic camp, and all athletic camps at the school have been suspended until further notice. Officials declined to say how many students were infected.

As a precaution, all participants in the football, baseball and poms summer camps specifically have been asked to self-isolate for 14 days.

Chicago Public Schools reopening in the fall is possible, at least partially, with some in-person instruction, if the city continues to control COVID-19 cases, Dr. Allison Arwady s

Officials said the students tested positive Monday, and the infections may stem from a party or gathering before the start of camp. Contact tracers are currently working to determine the extent of the outbreak.

"A lot of young people might think that they're not at risk because they're not in that higher risk group for severe illness for COVID-19, but the truth is younger people are just as likely as older adults to get infected with COVID-19 and to be able to spread it to others," said Hannah Goering, Lake County Health Department.

An individual participating in athletic activities at Vernon Hills High School also tested positive. It was not immediately clear if that case was linked to the cases at Lake Zurich High School.

As of Wednesday afternoon there was no indication that Vernon Hills would also cancel summer sports.

Officials say all of this is a reminder that the virus is still out there, and that face coverings and social distancing are critical.

Earlier this week, Gov. JB Pritzker said the state is rolling out 12 mobile testing teams in Illinois, which will be prepared to visit meat factories, nursing homes and homeless shelters.

The mobile testing sites will offer drive-through and walk-up testing free of charge to any Illinois resident.