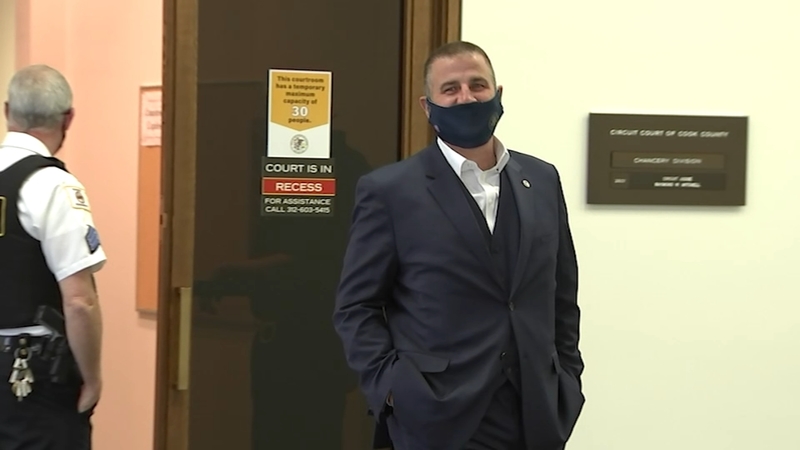 CHICAGO (WLS) -- The Fraternal Order of Police was back in court Thursday asking a judge for an emergency order to block the city's vaccine requirement.

It comes as the state is poised to change a state law to prevent people from claiming religious or deeply held moral objections as a reason not to get vaccinated.

In court, lawyers for the city and the Fraternal Order of Police argued over a request from the FOP for a temporary restraining order against the vaccine reporting mandate.

"We're simply asking this judge to force the city to stop their policy, but officers back to work, and force the city to go back to the bargaining table and arbitration," FOP President John Catanzara Jr. said.

The judge said that he will take the case under advisement and issue a ruling on Monday.

Among those anxious for the courts to rule is six-year veteran Officer Nancy Ferreras, who was stripped and put on no pay status this past Monday for refusing to report her vaccination status on the city portal.

"This is stressful, not only to me, but to my co-workers, my partners, everyone in the department," she said.

Mayor Lori Lightfoot said on MSNBC Thursday morning that 71% of police have complied with the reporting order.

"They need to make sure that they're accountable themselves," Lightfoot said. "And the vast majority are. As I said, this really isn't about the vaccine mandate. This is about a failed attempt by a union leader to be relevant, and his numbers are not following his lead."

But there is another growing concern among police that the Democrat-controlled legislature is about to change the Health Care Right of Conscious Act to prevent people from claiming religious and other deeply held moral beliefs as a reason not to get vaccinated.

"It is my body and I should have a choice of what I want to put in my body and not have someone else bully me to put something that I don't feel is right," Ferreras said.

Catanzara said thousands of officers have requested an exemption under the Right of Conscious Act and all of them have been denied, setting the stage for another potential vaccine standoff that could end up in court.