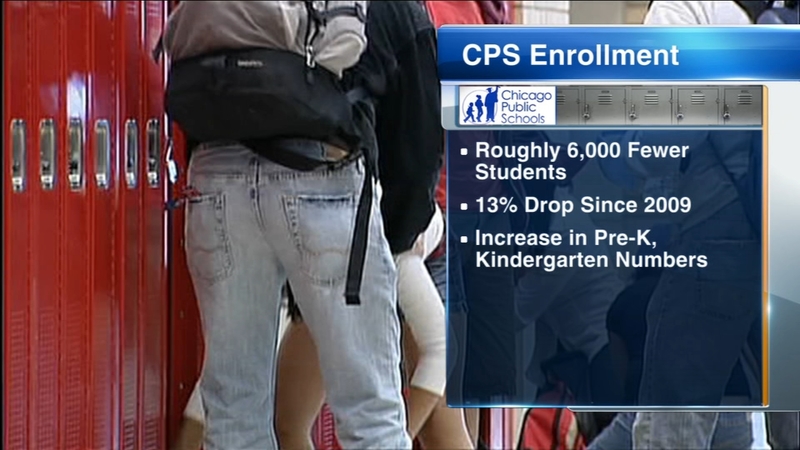 CHICAGO (WLS) -- The number of students enrolled in Chicago Public Schools has declined for the eighth year in a row, but the decline is slowing.

CPS announced a 20th day enrollment Friday, reporting enrollment within CPS has dropped by more than 6,000 student since last year.

That's also a 13% drop in enrollment from 10 years ago, where more than 400,000 students were enrolled in CPS schools.

Officials said the drop is actually "significantly reduced compared to the previous three years," and the losses were actually less than their projections.

"While there are signs of encouragement, we are fully committed to supporting school communities that are struggling with enrollment by providing additional resources through equity grants and a budgeting approach that promotes stability," said CPS CEO Dr. Janice Jackson.