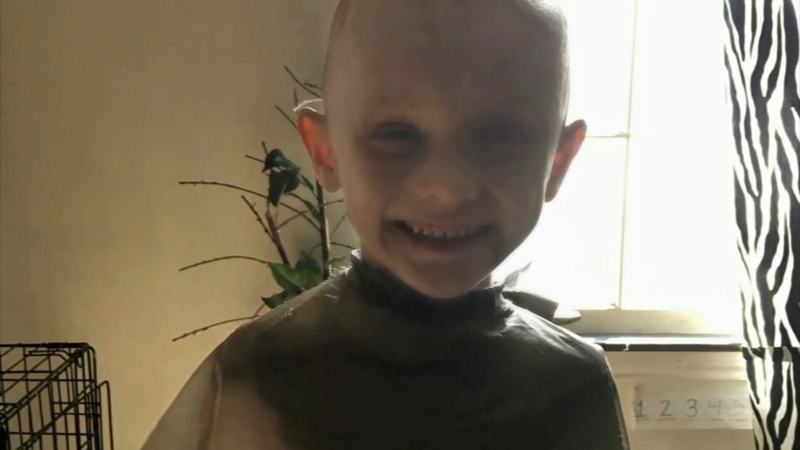 AJ's mother, Joann Cunningham, appeared in court in McHenry County Tuesday afternoon for a shelter care hearing that would determine if she can regain custody of her 3-year-old son, who has been in custody of the Illinois Department of Children and Family Services since AJ was reported missing. The hearing was delayed until Monday.

Crystal Lake police also said they have a history with the family and home. They released reports of 17 visits over the last five years, documenting what they called unacceptable living conditions, DCFS concerns for the welfare of the children, and alleged drug use.

Crystal Lake police and the FBI have been investigating Freund's disappearance since he was last seen Wednesday night. In addition to searching Veteran Aces Park and nearby wooded areas, they are focusing their attention on the family home. They are also investigating who last saw or had contact with AJ.

Police also released audio of a 911 call made by AJ's father to report him missing.

Authorities released the 911 call made by the father of missing Crystal Lake 5-year-old boy Andrew "AJ" Freund, and police revealed their history with the family.

While Cunningham's lawyer has said that she stopped speaking with police after they began treating her as a suspect in her son's disappearance, authorities have not publicly named any suspects in the case.

Search and rescue teams were seen at Veteran Acres Park and around Sterne's Woods, just a few miles from the family's home. Illinois State Police assisted by searching in a plane overhead, and sonar equipment is being used in bodies of water in the area.

The McHenry County State's Attorney is now asking the public for help.

"To the person responsible there are a number of avenues that are available to them at this point that's going to allow them to move on with their lives. The worst possible avenue that they can choose is to continue to conceal the truth in this case," State's Attorney Patrick Kenneally said.

Investigators have not publicly said what or why they were searching those areas but it appeared those search efforts did not turn up any sign of the little boy.