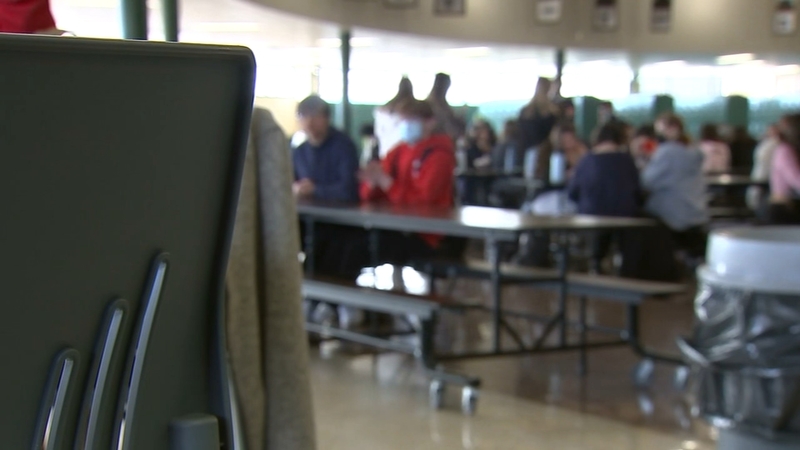 CRYSTAL LAKE, Ill. (WLS) -- At Crystal Lake South High School, custodian Mike Cruz was busy cleaning tables in the cafeteria last month when he noticed a student was in trouble and not breathing.

"I was eating my lunch. I was reaching down for my bag, and I mis-swallowed. I realized I was choking," said Alexis Bennet, a Crystal Lake South freshman.

It all unfolded ON Feb. 18 during fifth hour lunch period, which was around 10:45 a.m., according to District 155 officials.

Cruz stopped what he was doing and went to help immediately.

"I patted her on the back a couple of times because I thought maybe, you know, that would help out before trying the Heimlich," Cruz said.

"Ultimately, I had to use the Heimlich, and it worked," he said.

Cruz can credit his wife for knowing the Heimlich maneuver. He learned it about three years ago.

"I took a First Aid class before my son was born. It went over the Heimlich," Cruz said.

Now, weeks later, Alexis was totally fine, and she was reflecting on that moment.

"It really meant a lot to me," she said. "He was able to help me when he did, especially that he didn't have to, and he could have waited for someone else to do it."

When asked about being a hero, Cruz said it's "very weird." Instead, he just hopes it's a once-in-a-lifetime experience.