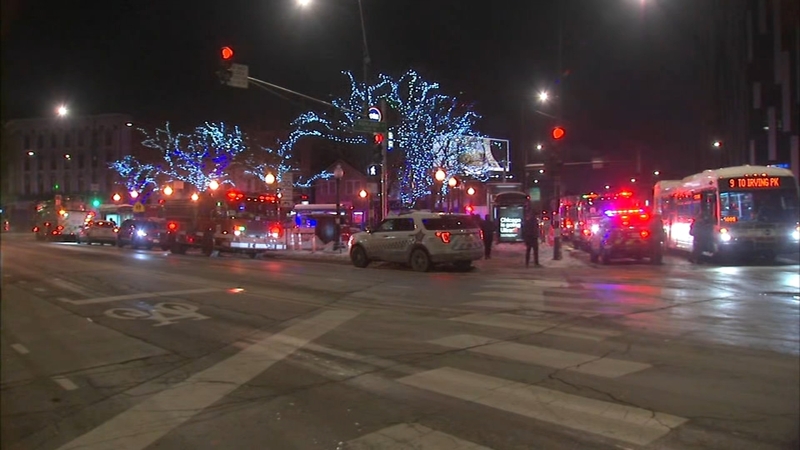 CHICAGO (WLS) -- Blue Line service has resumed between the Loop and Logan Square Wednesday morning after a man fell onto the tracks in Wicker Park and died.

CTA said the operator of an O'Hare-bound Blue Line train reported an unauthorized person on the tracks near the Division station just before 4:55 a.m., and Chicago police and fire officials responded to the scene.

CFD officials pulled a 38-year-old man, who was dead when they arrived, from the tracks and took a male CTA conductor to AMITA Health Saints Mary and Elizabeth Medical Center.

Chicago police remained on the scene to investigate the death after the incident and later said the man had fallen onto the tracks and was "struck and/or electrocuted" by the oncoming train.

Power was turned off in both directions, and shuttle buses were set up to operate between Damen and UIC-Halsted after the incident, CTA said.

CTA riders are advised to allow for extra travel time, as Blue Line service was temporarily suspended between Western/Milwaukee and LaSalle during the investigation.

Trains were operating again, with delays, just before 6:40 a.m.