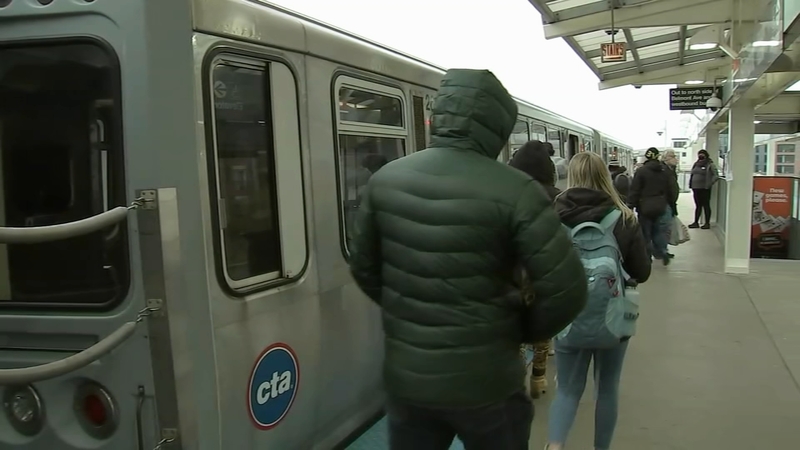 CHICAGO (WLS) -- Chicago and federal officials gathered on a snowy Monday morning in Lakeview to announce the completion of the CTA Red-Purple Bypass and the start of work to reconstruct 100-year-old tracks north of the Belmont station.

The Red-Purple Bypass, which began service in November 2021, is the first major improvement to be delivered to CTA customers as part of the historic $2.1 billion Red and Purple Modernization (RPM) Phase One project. The largest reconstruction project in CTA's history, RPM is modernizing and replacing 100-year-old rail structures and stations to improve rail service reliability, comfort and convenience for CTA customers, officials said.

"The reconstruction of the Red Line in our transportation and trail system has been long overdue," Chicago Mayor Lori Lightfoot said.

The new bypass is the first new, permanent mainline track to be added to CTA since the Orange Line opened in 1993.

The bypass eliminates a 115-year-old rail junction that had become a chokepoint for service across the CTA rail system and will allow CTA to add rail service during busy travel periods and reduce overcrowding and delays, according to officials.

The North Belmont Red-Purple Reconstruction project will remove a curvature in the tracks between the Belmont and Addison stations, allowing CTA to improve its service throughout the transit system, officials said.