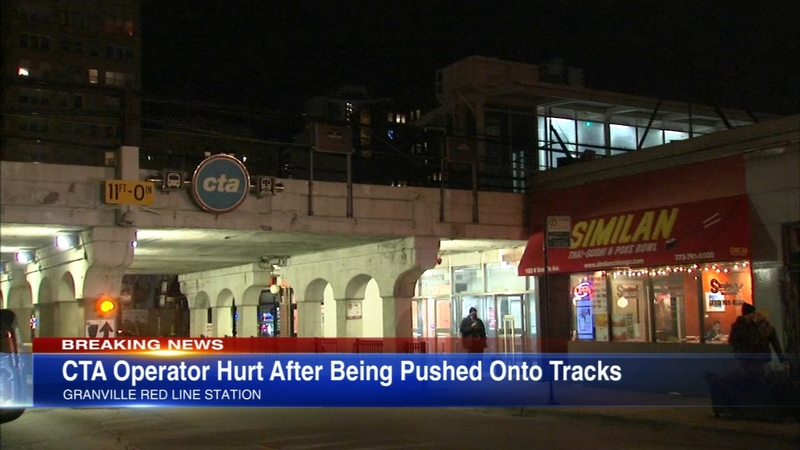 CHICAGO (WLS) -- A CTA Red Line train operator was injured after being pushed onto the tracks at the Granville stop Monday night.

CTA tweeted around 8:40 p.m. that 95th-bound Red Line trains were standing at Granville due to an injured train operator. Chicago police said the male operator was about to resume service southbound on when someone asked him to help retrieve a cell phone that had fallen on the tracks.

He got off the train to help, and as he looked at the tracks he was pushed from behind onto them, police said.

The operator did not make contact with the third rail, CTA officials said. He was taken to St. Francis Hospital for treatment in fair condition.

CTA is working with Chicago police to identify the suspect, officials said. No one is currently in custody.