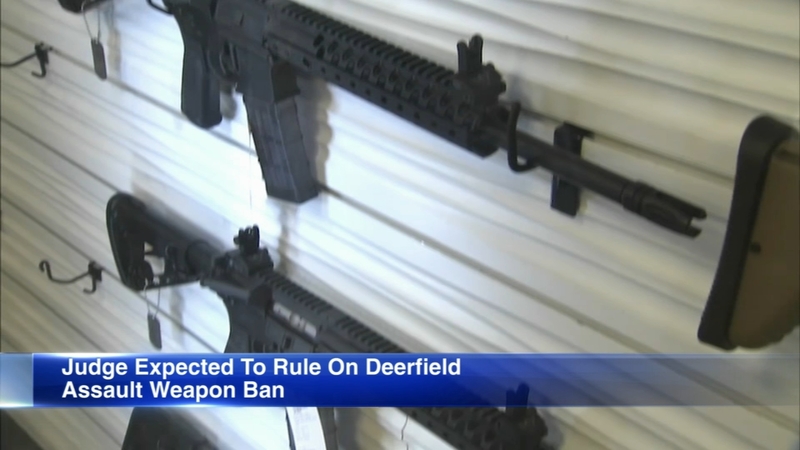 Last April, the Deerfield Village Board voted unanimously to ban some semi-automatic firearms. The amendment to the village's gun ordinance would restrict firearms that village leaders define as assault weapons, such as AR-15s. The ordinance would also prohibits high-capacity magazines.

The Village of Deerfield issued a statement saying in part that the judge's ruling Friday was less focused on Deerfield's actions and more on the way that the state legislature drafted state statutes in 2013 that affected municipalities' ability to regulate assault weapons.

The village plans to appeal the decision.

"We continue to believe that these weapons have no place in our community and that our common-sense assault weapon regulations are legal and were properly enacted," the statement read in part. "In the meantime, however, we will abide by the court's ruling and continue to not enforce our Ordinance."

The assault-style weapon ban was originally supposed to go into effect last June, but a judge blocked the ordinance the day before in response to two lawsuits brought by local gun owners and gun rights groups claiming that the village didn't have authority to enact the ban and that the ban would only hurt law-abiding gun owners, making the community less safe.