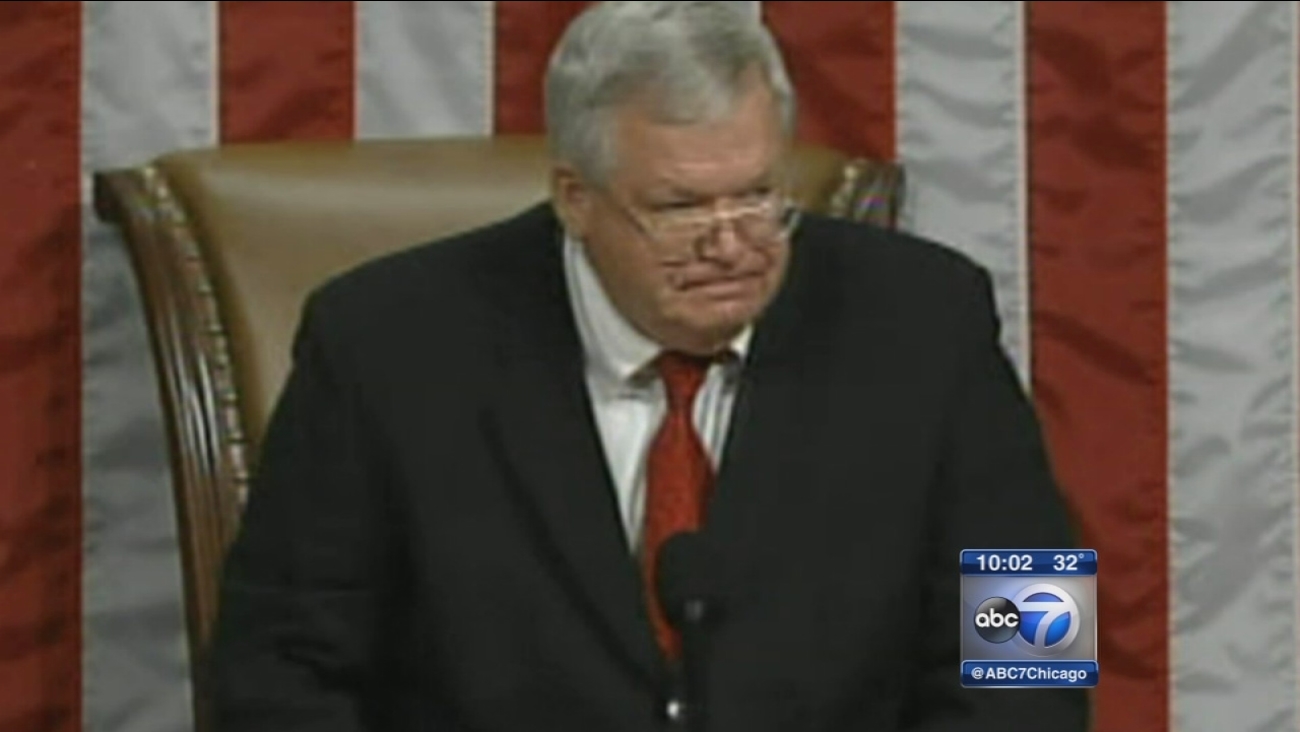 CHICAGO (WLS) -- An attorney for Dennis Hastert released a statement Saturday afternoon in response to new details about allegations of sexual abuse by the former House Speaker when he was a teacher and wrestling coach at Yorkville High School.

Mr. Hastert acknowledges that as a young man he committed transgressions for which he is profoundly sorry. He earnestly apologizes to his former students, family, friends, previous constituents and all others affected by the harm his actions have caused.

As stated in our sentencing memorandum, we note that for the last four decades he has made every effort to be a positive force in the lives of others. We also advised the Court that the profound humiliation and public shaming Mr. Hastert has and will continue to experience, coupled with the resulting isolation and abandonment he has endured, are already significant punishment and have undoubtedly contributed to his fragile medical condition. He accepts responsibility for his conduct, seeks no special consideration, and is prepared to receive the Court's sentence.

In a late Friday filing, government prosecutors spelled out accusations of sexual encounters with five children. The 26-page pre-sentencing memo says Hastert displayed "stunning hypocrisy" and asks a judge to send the frail and ill Hastert to prison for up to six months, then a long period of supervision as a sex offender.

Hastert is scheduled to be sentenced April 27. Judge Thomas Durkin could give him the maximum of five years.

The memo states that it was Hastert's sexual abuse of a 14-year-old boy that drove the hush money deal.

Prosecutors said the boy was abused on a wresting camp trip. Hastert massaged him after the boy complained about a groin pull. Investigators say Hastert told him to take off his underwear for the massage, then realized it wasn't therapy for a wrestling injury and that his coach was "touching him in an inappropriate sexual way."

In a separate locker room incident involving another youth, Hastert wanting to "loosen him up" and "performed a sexual act" during a massage, according to prosecutors. And in the locker room, Hastert put a "La-Z-Boy"-type chair in direct view of the shower stalls and sat there while the boys showered.

When federal prosecutors first asked Hastert about the huge cash withdrawals from his bank, Hastert told them he was being extorted by a former student, so the FBI actually wired Hastert's phone calls with the ex-student. It was clear from those calls that Hastert was not the victim.